Introduction to Positive and Negative Integers 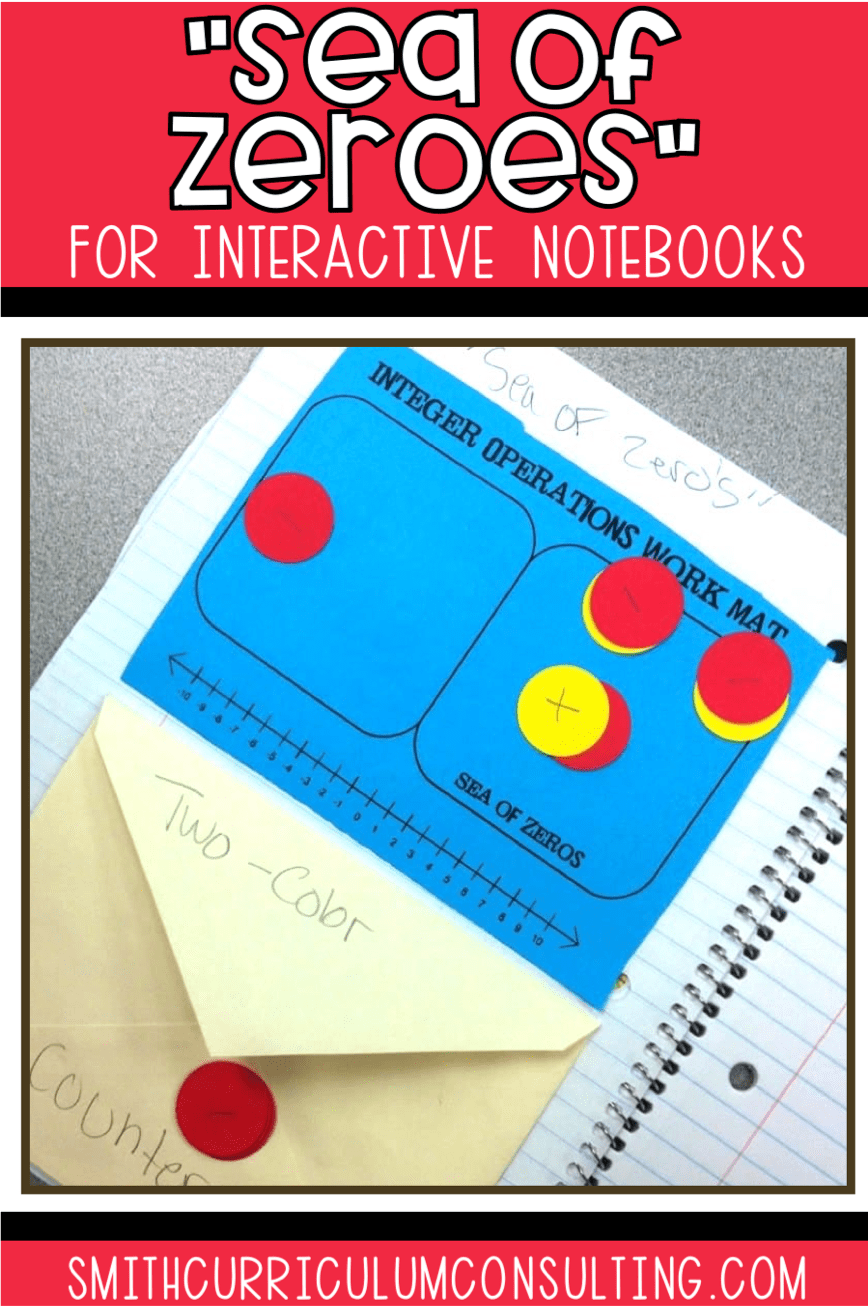 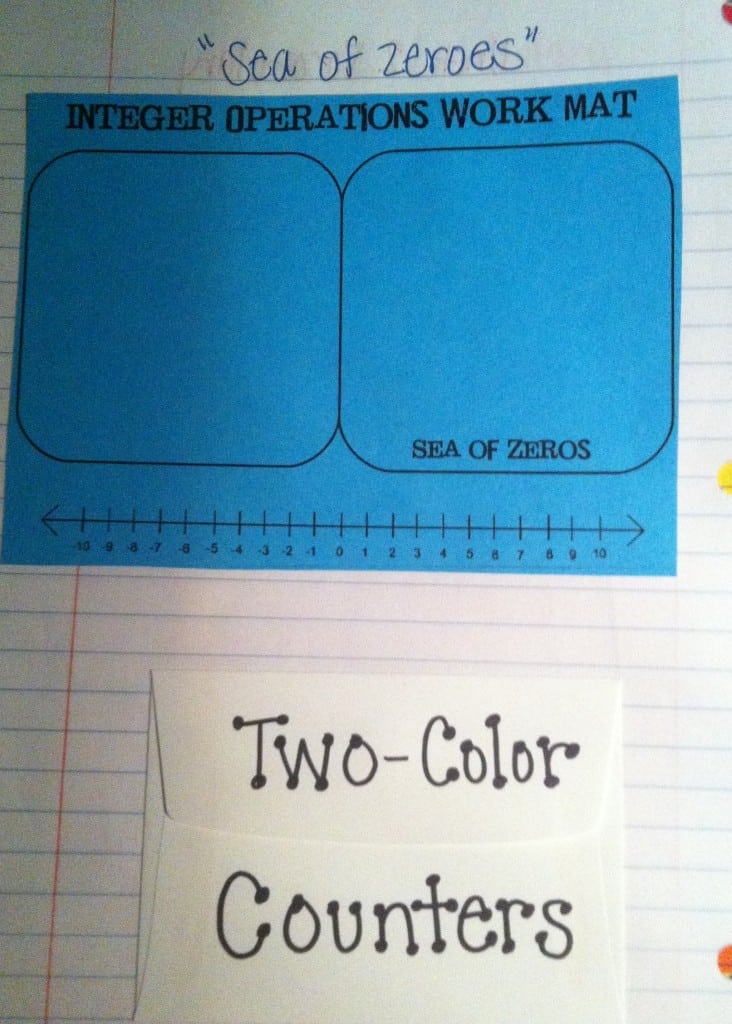 I knew from the first time I saw this that I wanted to find a way to use it. I was so excited about the Sea of Zeroes and being able to model zero pairs. I decided that each of my students needed a mini mat of their own to go in their notebook and then counters of their own to use. I punched out 10 red and 10 yellow one inch circles for each of them.

Introduction to Positive and Negative Integers 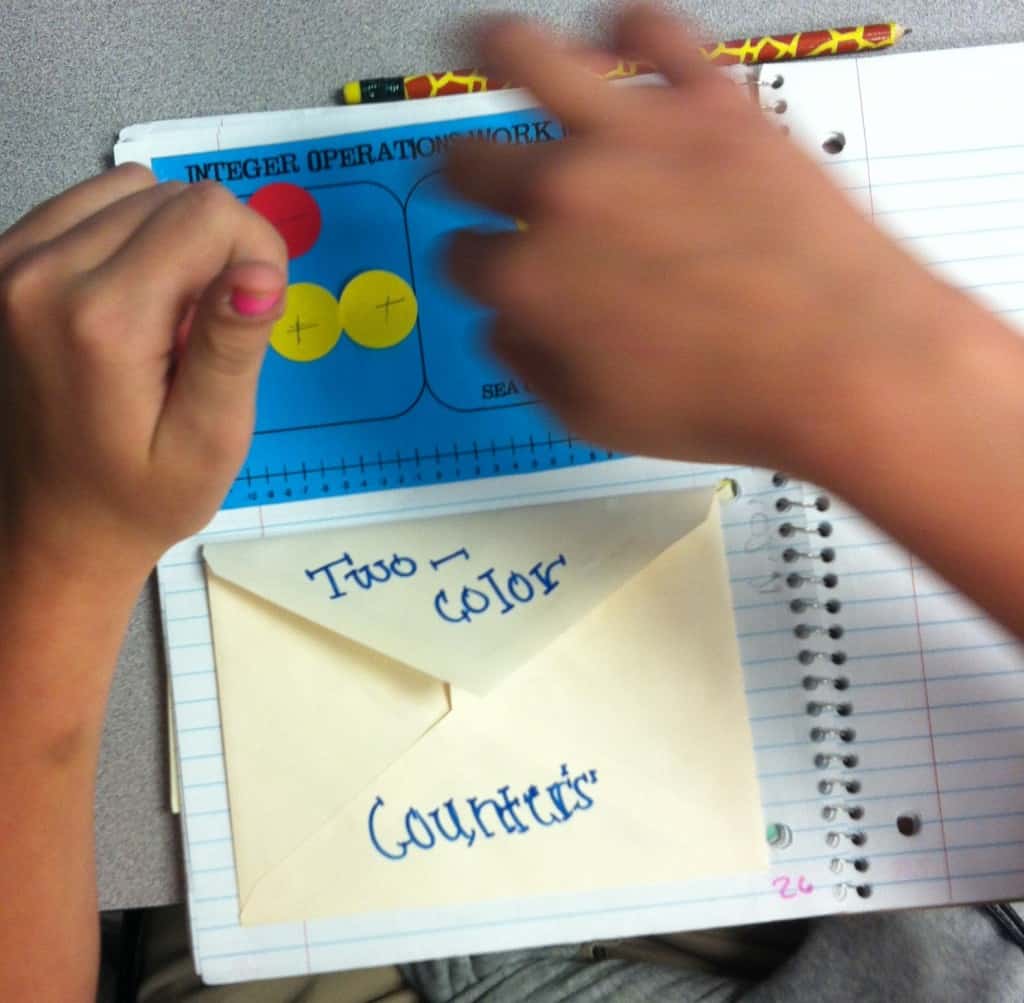 As I was passing out the counters to the students and they were assembling their INB page for today, we talked about what each counter could stand for in relationship to integers.

We then talked about different ways that we use integers. Basically reviewing what we had already learned in the prior weeks to engage them and ease them into today’s lesson.

Now it was time to pose a problem to them. I asked each of my students to model -3 + 2 on the left side of their mat. Once I saw everyone was attempting (and almost finished) with the problem, I talked about how we can combine opposite signs to cancel out.

How to Combine Opposite Signs To Cancel Out

This was easily demonstrated by sliding a common positive and 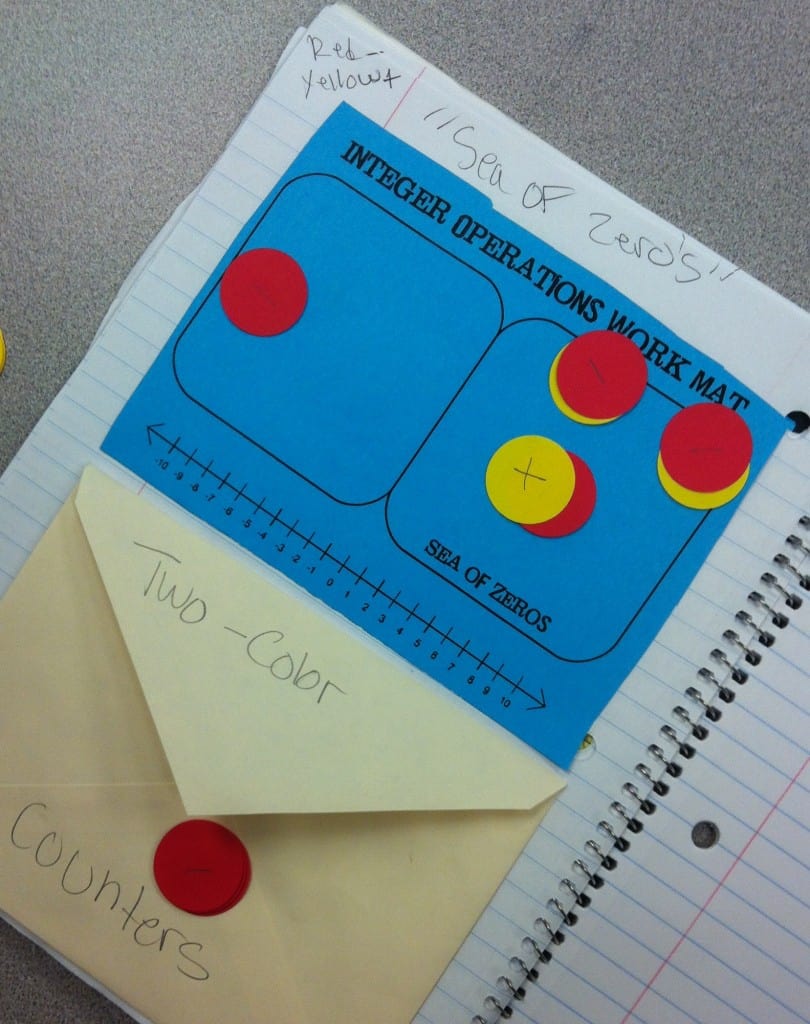 negative together and moving them to the Sea of Zeroes. Next up was to call this a zero pair. Then, ask them if I could do the same thing again.  Of course, they saw we could.

What to do with that pesky -1 that we were left with? I worked through them understanding that was our solution to our problem to begin with.

I turned it into a simple problem, If your friend borrows three dollars on Monday and pays you back two dollars on Wednesday, how much would you still be owed?

This is where it confused them a bit because they knew that the answer was NEGATIVE 1 and not one so I had to review the vocabulary I used in the problem and that was quickly solved.

More Ways to Practice Learning Integers with Your Students 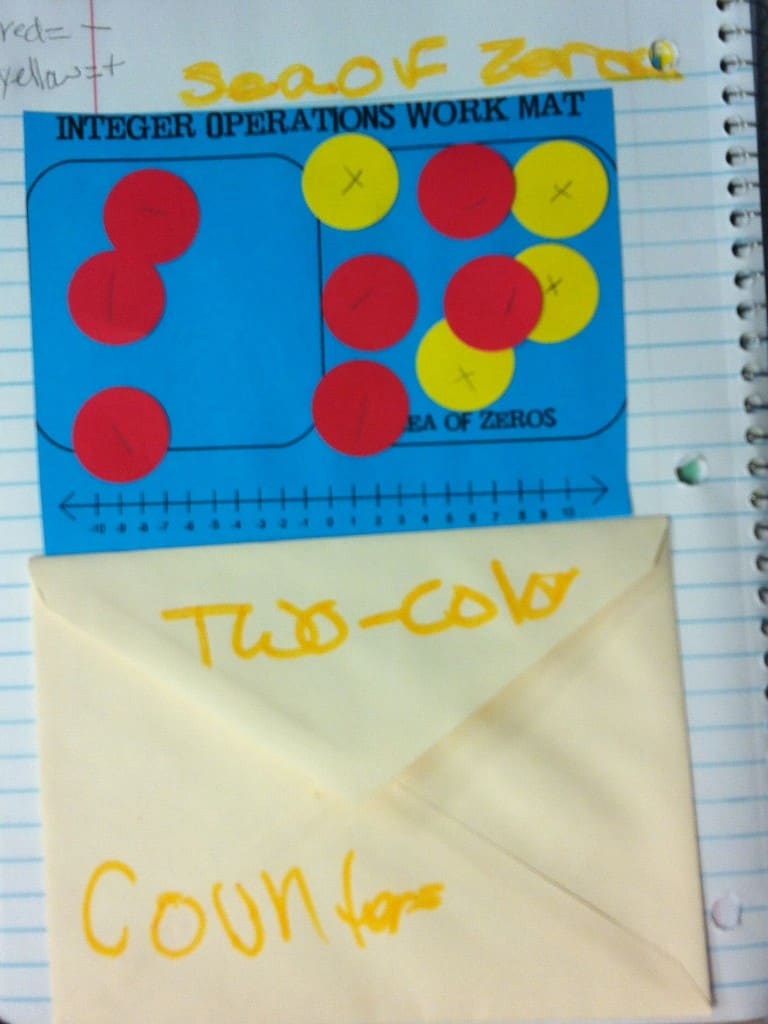 To practice with the students, I continued to pose problems and walk around as they were manipulating counters on their mats.

As I was chatting with them and letting them explain what they did, one student piped up and said, “It’s like the zero pairs are going on a date and the leftover counters are the third wheel.“

Stopping dead in my tracks, I  had to replay what was said in my head as I was laughing along. Because of this, I asked the other students what they could relate it to so that they would have a way to remember how to work with zero pairs to simplify expressions and equations.

After that, our short 45 minute class period was up. Yes, I get in a Bellringer, Good Things, mini review and a mini-lesson on my 3 short days each week. That one day with my students when I get a 90-minute block is when we go further in depth on some topics that just need more, review prior concepts to develop understanding further and are able to do more activities to strengthen their skills in Math Workshop. 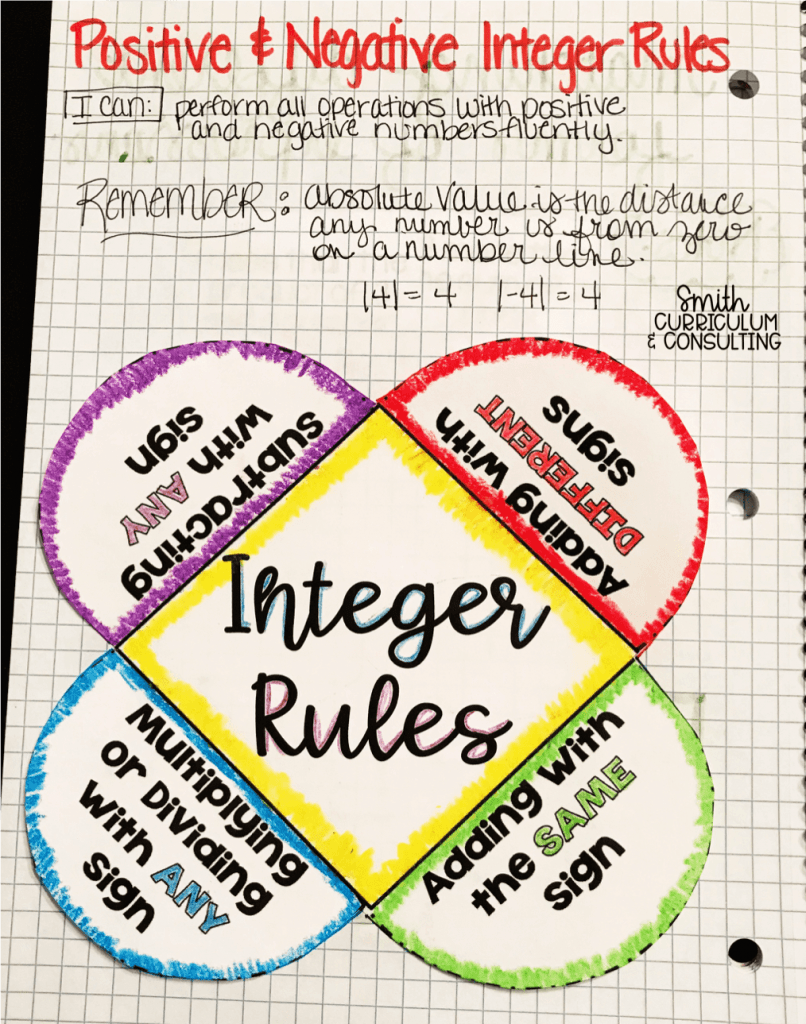 Overall, I was pleased as punch with this lesson and can’t wait to review it with my students during our next lesson as we go over Positive and Negative Integer Operation Rules and create a Four Flap Flippable with rules and examples. 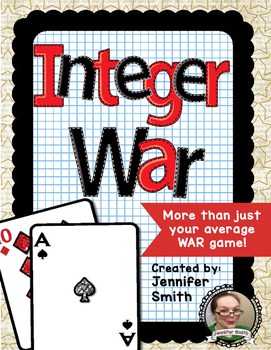 And then as a follow activity during Math Workshop we will work in a class favorite game of Integer War so they can practice Order of Operations as well as Positive and Negative Integers.

For National Trivia Day… what’s your answer an

I may be in the minority, but I ready to get back

Are your students craving MORE PRACTICE? Are you c

Run as fast as you can for the #mathcountdown2022