Where can I begin on NCTM Annual? Last week was awesome! As soon as I got there I knew that the three days in San Antonio spending time not only reconnecting with some of my math buddies across the nation but also taking some time to learn some new things related to all things math were definitely going to be FILLED and overwhelming. 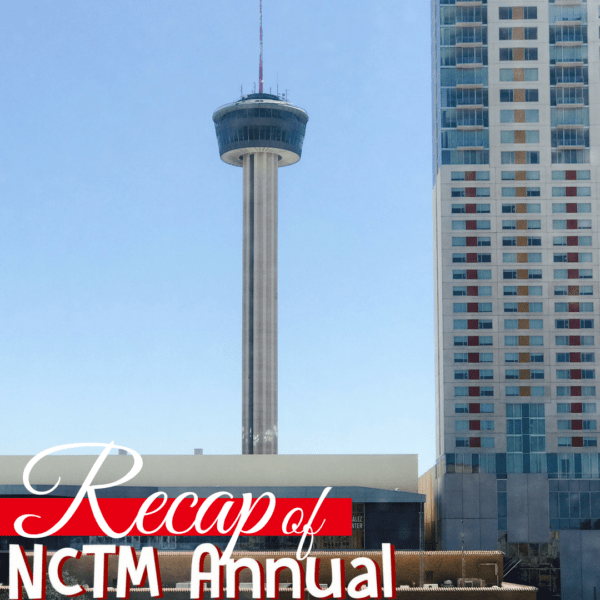 As soon as I arrived on Wednesday afternoon I checked into the hotel and then went on over and got my conference badge holder and the program book for all the sessions. Great thing about the book was while it was great to have it all there in printed form (they also had tabs to separate the days), but NCTM also had an app to download where all of the sessions were updated as much as possible (and shared resources via the app). I lived on that app for those three days!

As there wasn’t much on Wednesday night 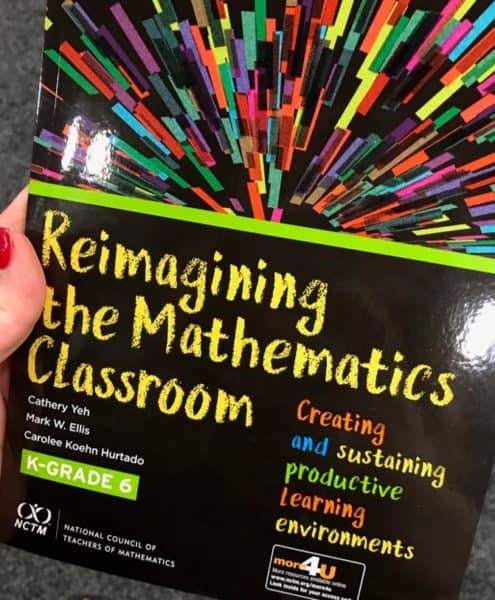 (other than the Opening General Session), I took some time to go and peruse the NCTM Bookstore to see what book(s) I possibly couldn’t live without. I was happy to see that I had most of the ones that pertained to me already in my home library but I did find one book that I was so excited to grab. Reimagining the Mathematics Classroom is geared for Kindergarten through Sixth Grade and is about creating and sustaining productive learning environments. Even as a 7th and 8th grade mathematics teacher I was perusing through the book and I could see some great tidbits that I would want to share with you! 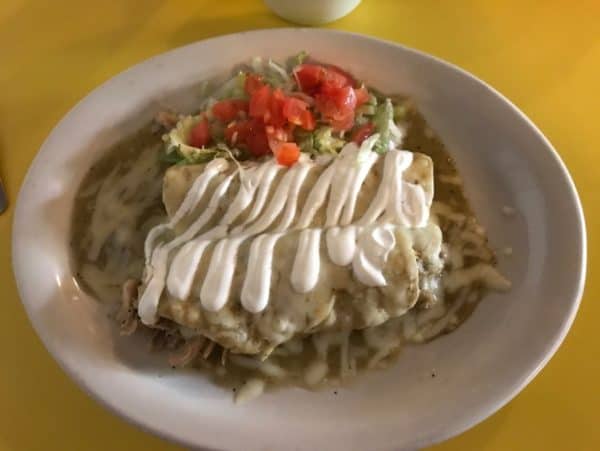 After I had done the shopping, I took a trip on down to the Riverwalk for some dinner. As a true Texan we have a long-standing family tradition to eat at the SAME Mexican Restaurant every time we are down so I kept that going on this trip. Some good Chicken Enchiladas with Tomatillo Sauce were on the plate for me and then when I went back down later that night with some other mathematics specialists/bloggers I enjoyed their Guacamole Dip.

Woke up bright and early on Thursday 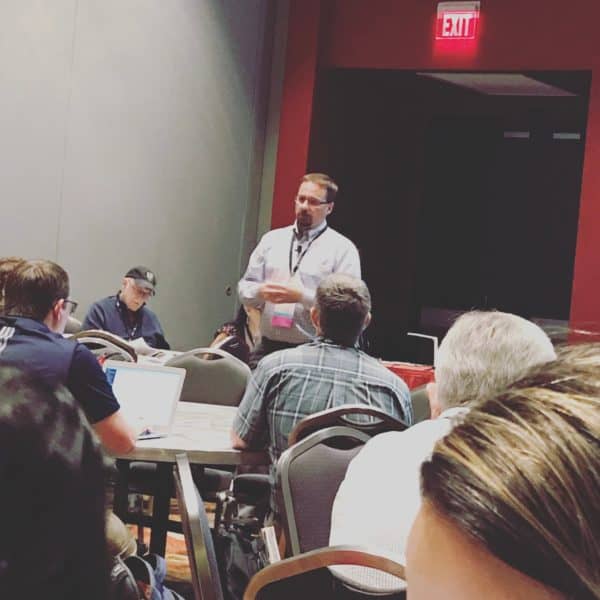 to get started because I knew that the first session I wanted to go to would be PACKED. I rushed on over to Number Talks in Middle Grades given by Cory Bennett and truly enjoyed everything that he had to say. He went through the methods that he has taken to implement number talks with a 6th, 7th, 8th and 9th grade classroom in his area. We discussed the background of what Number Talks are (check out this book for more info – aff. link), went into how Number Talks 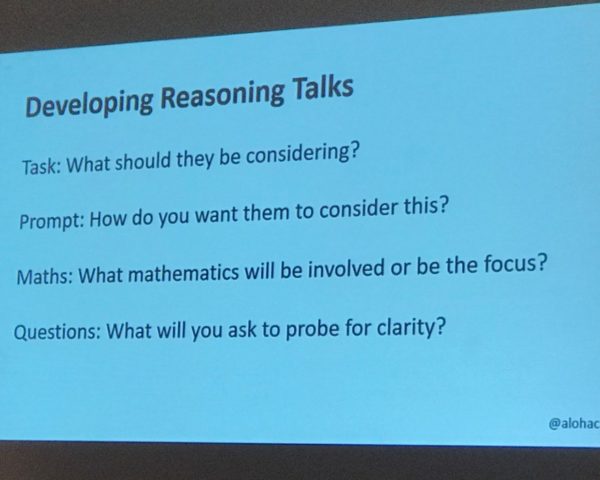 aren’t always easy to do in middle grades and then how to develop a Reasoning Talk in our classrooms. Guys, it’s all about the reasoning! I definitely plan to blog more about this process that Cory used as I can see it as so beneficial and it is much more than just computational talks that we have seen. 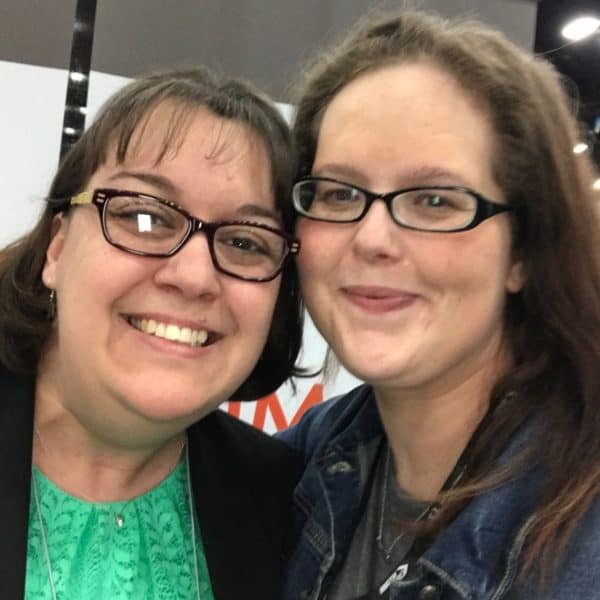 After the first session I took some time to go see some vendor friends in the Exhibit Hall and I was so happy to stop and see so many great faces! Never was I so excited to see MissMathDork in person! It had been almost three years since we had seen each other and it was so awesome! Definitely we had to do some quick connecting while she was working! Moving on I went on to see The Shat over at EAI Education but he was too busy for a picture! He did however help me grab some new manipulatives that they have created that I can’t wait to share with y’all!

Kept on walking and saw 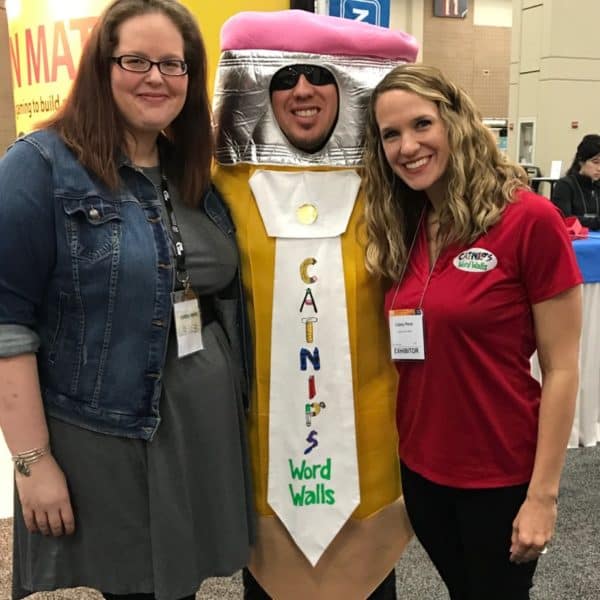 another familiar face over that Catnip’s Word Walls booth! Casey and her family (it is literally a family affair) have developed some amazing hand-made word walls and now flash cards that are aligned to the standards and these are hands down some awesome creations! I snagged a set of the Sixth Grade Flash Cards and you will definitely see them in some posts and videos (yep, you read that right) in the near future! 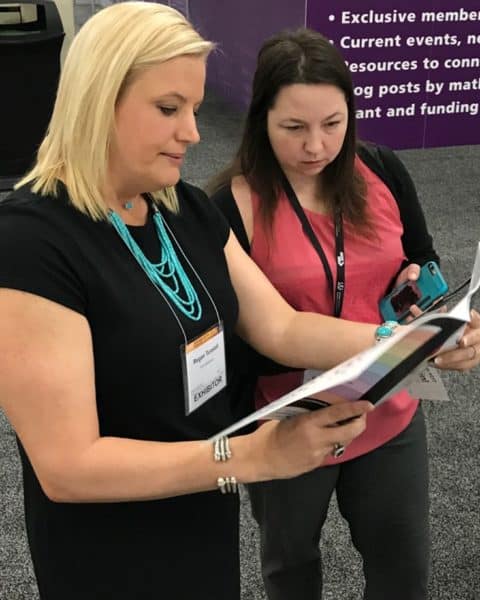 While I was there I got to see Reagan of Tunstall’s Teaching Tidbits over at the ETA Hand2Mind booth showing off her Guided Math products that are looking awesome! Go Reagan! I will share more on Reagan and her awesome partnership in the next recap post as I was able to attend part of her Guided Math presentation in the exhibit hall on Friday. She shared some tips which would be able to be used at other grade levels as well!

After all that, there is still SO MUCH more to share with you but I don’t want to keep you today! I will get the next part of the recap up soon so that you can see all that there was involved in during this annual conference. And if you are like me and are in Texas, please let me know if you will be attending the Conference for Advancement of Mathematics Teachers (CAMT) in Fort Worth July 10th-12th, 2017!

When Fall finally hits... 61° today with a breeze

And this goes for all types of classes! #distance

With all of the adjustments in this school year fo

Anyone guilty of this tonight? #onlinelearning #r

Just because we can’t use task cards in the trad