The Debate between Warm-Ups and Exit Tickets 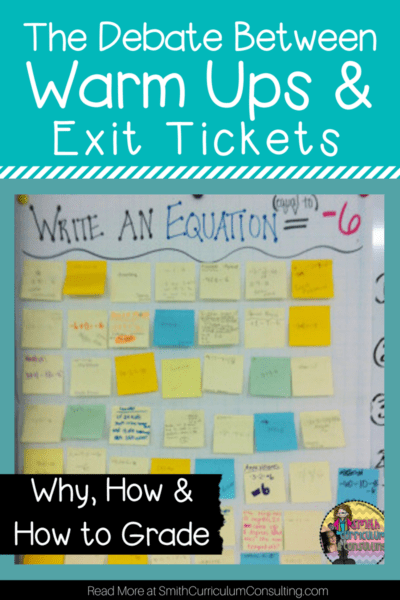 I’ve had many conversations over the past few years with teachers about the use of Warm Ups and/or Exit Tickets in the classroom. I always start with asking which of the two, or both, that teachers used but also why they chose that. Time and time again it has become very obvious that most teachers were using only warm-ups in their classrooms while very few, if any, were using exit tickets. Those that gave reasons were mainly that of maintaining a spiral review throughout the school year and assessing on material learned prior.

When it all comes down to it both warm-ups and exit tickets have their benefits and just like many others I have used both in my classroom until 2011 when I converted to only using Exit Tickets.

Why only Exit Tickets?

As a middle school teacher I noticed that my students would get hung up on warm-ups way beyond the time that we had to spend on them. Seriously, I would give them two grade-level appropriate (and sometimes below grade level) word problems and they would want to spend 20+ minutes solving them. They knew their strategies, they knew what the problem was asking but they always got stuck on the computation. Their weak foundation in basic operations continued to kick their tails.

When blessed with a class period that was only 42 minutes long I could not give up more than about 5-7 minutes for this each day never mind counting in time to actually check the warm-ups and go over them together.

In the middle of a school year I started implementing exit tickets after a concept had been covered at least two days. So if I started converting rational numbers on Monday and we created our Interactive Notebook Flippable to demonstrate the steps in converting fractions, decimals and percents and did an output activity and then on Tuesday I tied that concept into Comparing and Ordering Rational Numbers, it was time for an Exit Ticket on Converting Rational Numbers. 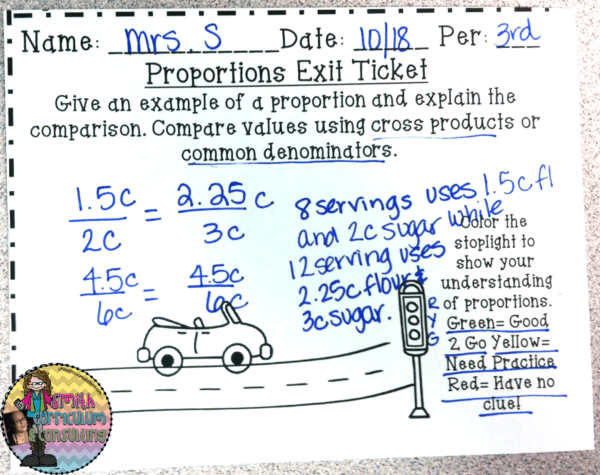 When I create Exit Tickets I like them to be an open-ended response so students can truly show me what they know. Open-Ended also allows the students to explain themselves in words when many of them trip over how to accurately compute answers. Being able to describe what they would do builds that confidence in actually applying it towards further computation skills.

One type of Exit Ticket that my students LOVE is Post It, Prove Its. One, they are using Post Its and who doesn’t love using Post Its? Two, they have a small limited space and don’t have to worry about writing a novel of a response. Three, it’s semi-anonymous since their name goes on the back under the sticky part. You can read more about Post It, Prove It in this post. 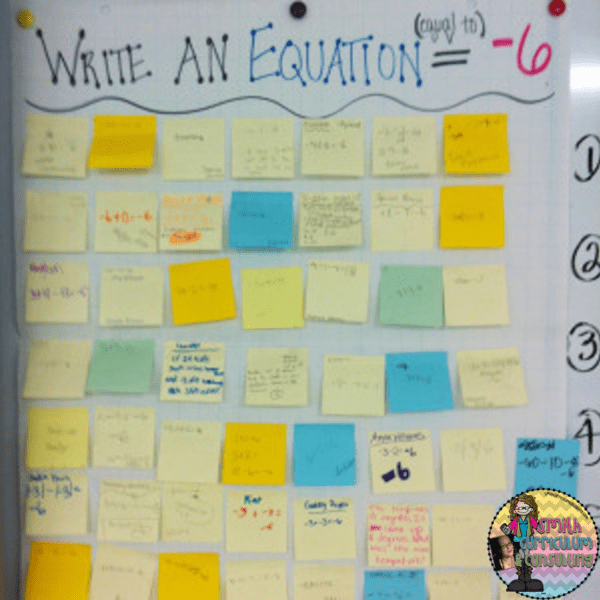 How do you Assess Exit Tickets?

Assessing Exit Tickets was something that I had to learn over time. Originally I was not grading them in any way. That proved to be the wrong thing to do once my middle schoolers found that out because they started to get lazy. 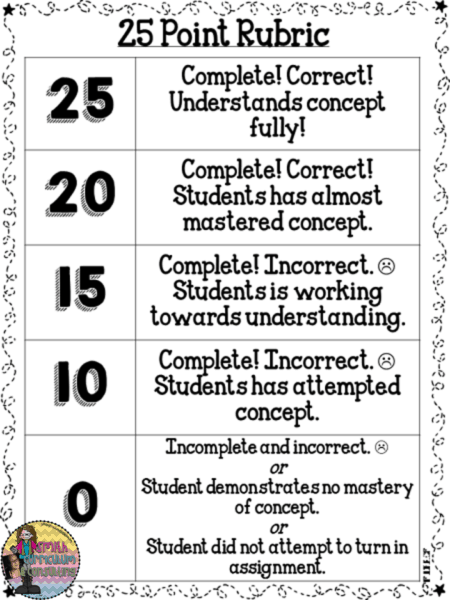 Soon I began to implement a grading policy where I created a checklist for each class. Over a two-three week period I would give 4 to 5 exit tickets and based on the level of completion of each students would receive a participation grade. I always told my students ahead of time if it was going to be 4 or 5 exit tickets during the span of time and they would be graded on a 20 or 25 point scale each which were posted in my classroom for all to see. Based on the compilation of those exit tickets the students would receive one grade.

Want to grab my Exit Ticket Rubrics? Simply sign up for the Newsletter and you get the Editable version for FREE in the Resource Library!

Overtime with all of my students I began to see growth in their confidence of math through using these quick assessments in our classroom. Students understood the role they played in our classroom and how the feedback that I gave them from their answers could assist them in their learning. Feedback on exit tickets is crucial as it is what guides students continued learning of the concept and also allows you to pull small groups or suggest tutoring for students. When you give your exit tickets back to your students they can simply tuck them in a pocket inside their Interactive Notebook to keep or tape them onto the page that you used them on.

Taking time each day to read and respond to the exit tickets even if a simple GREAT JOB or a more detailed message about the process that they took to answer their question and/or explain their process. I know that means spending a few minutes to read through for each student but it is definitely worth it for student’s growth in all subjects. 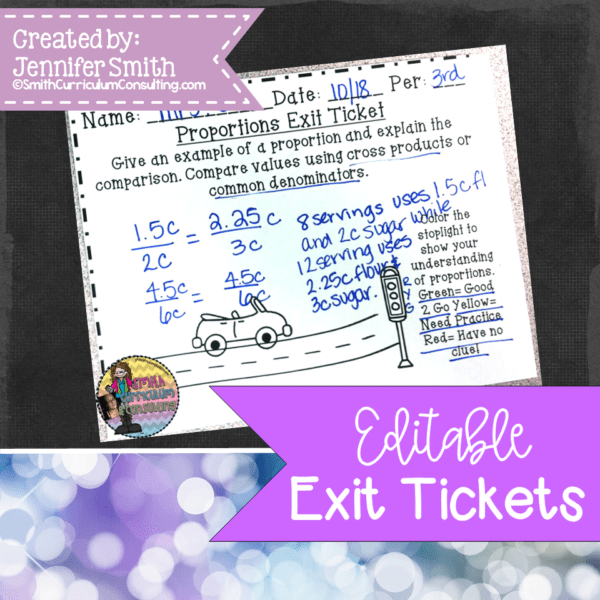 Looking for a quick and easy Editable Exit Ticket to implement into your classroom? Feel free to grab my Editable Exit Tickets for only $1.50! There are three different versions including 4 per page, 2 per page vertical and 2 per page horizontal. All have at stoplight for self-assessment by students before they submit their exit ticket.

So, will you try Exit Tickets more now?

It’s never too late to implement something new especially to keep students on their toes as the end of the year draws near. Allows time for practice before the next school year!