Deal of a Weekend!

This weekend I was blessed to be able to spend time with my husband. Normally, he is working Friday night, and all day Saturday and Sunday. Well, after the news that we received on Friday, we decided that it was in our best interest to be together so he called work and explained that “Family comes First!” I seriously LOVE this man!

We talked about what we wanted to do on Friday night after just spending that night together relaxing since he had drove back into my parents where I currently am staying for my training part of the Math Collaborative. I told him that I was dying to go around to thrift stores. We hadn’t been in AGES and I missed being able to do it and get a super deal! 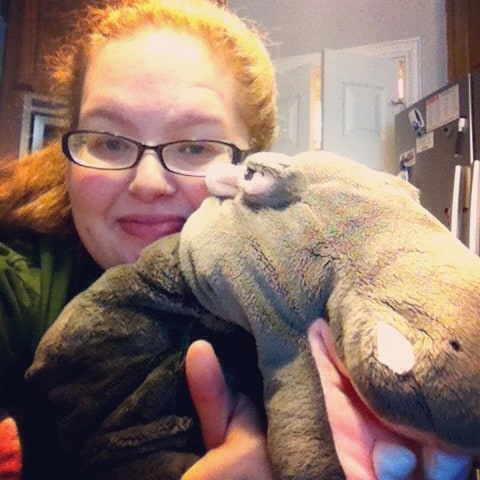 At the first store that we went to, I was busy looking in the clothing section and hubby came up to me with this HUGE Hippo. This all goes back to me wanting a “Hippopotamus” for Christmas and naming him iPad2 all because I wanted an iPad for Christmas. Well, this dude was perfect for me to have in my classroom and remind me of him while I am at work. He is originally from IKEA (can’t find an original price but is selling on eBay for $40-50) and we nabbed him for $1.50! He came home and got a good round in the washer and dryer and is as good as new! He is looking for a GOOD name though!

There were also some great clothing deals to be had on Saturday. I am a huge fan of Torrid clothing and I know that when I am out shopping, I know the brands that I can wear and what is going to be of quality. Over the course of the day, at 6-7 different thrift stores, I was able to get 5 tops and 2 dresses for less than $33! 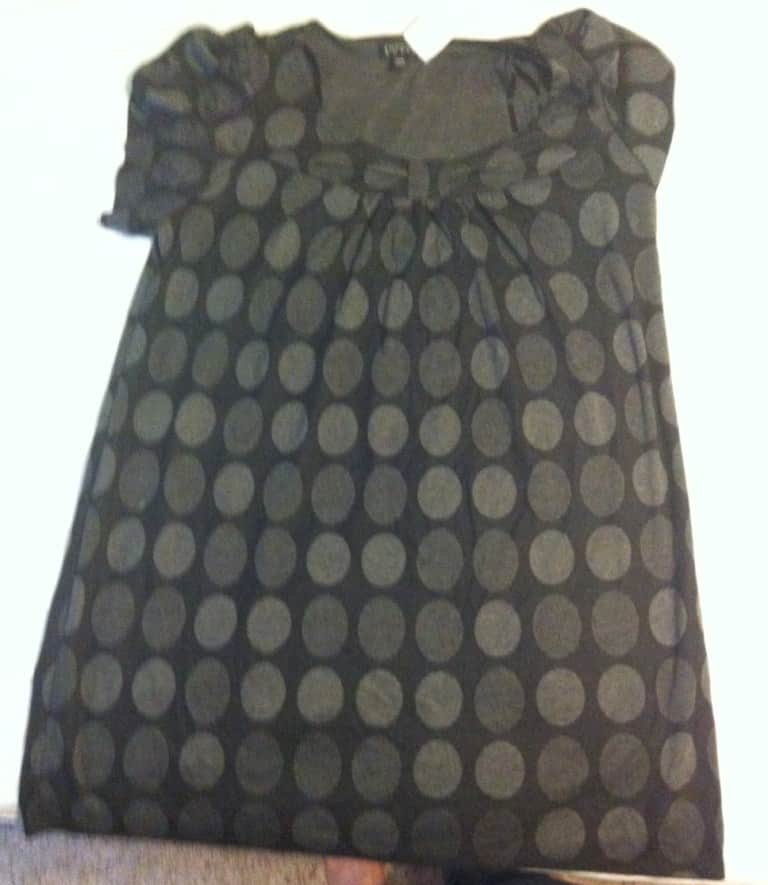 Started at a great thrift store in Dallas (where we got the hippo) and I found the black and gray sweater for $6. Love how long it was and can’t wait to pair it with some black capris for the fall and then pants in the winter. 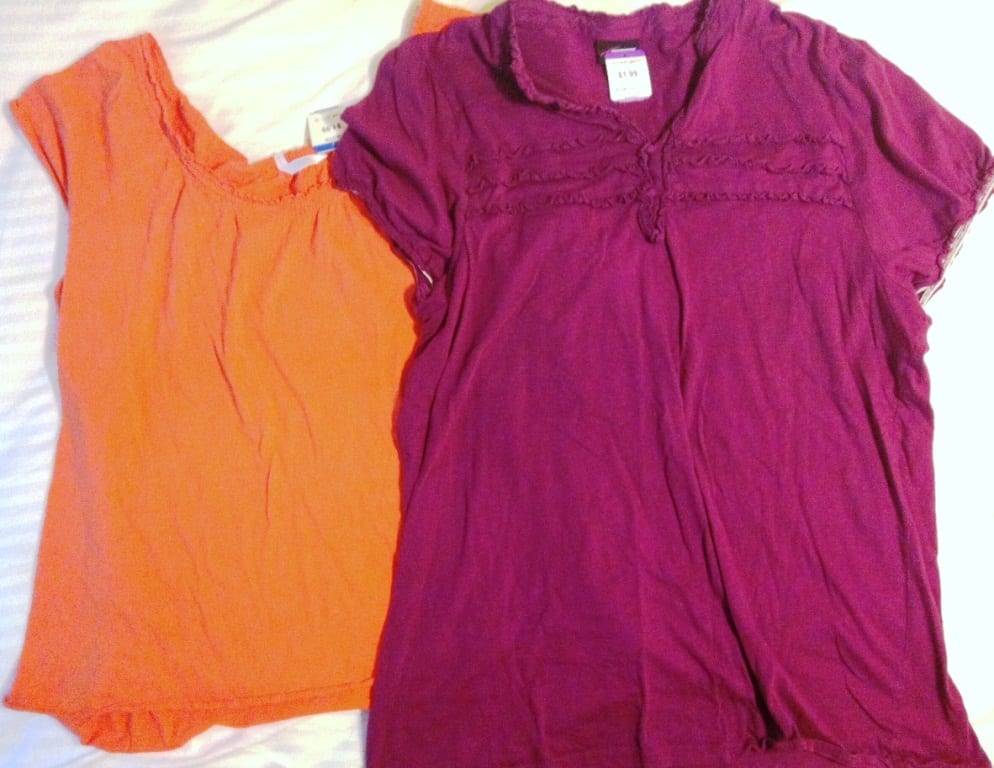 Then next we went to a Goodwill in the Oaklawn area of Dallas, and I saw the Izod Woman Coral Tank (needed one for a cardigan I got at Torrid 2 weeks ago) and the purple Torrid top. Both of these were only $1.50 and I was over the moon happy! 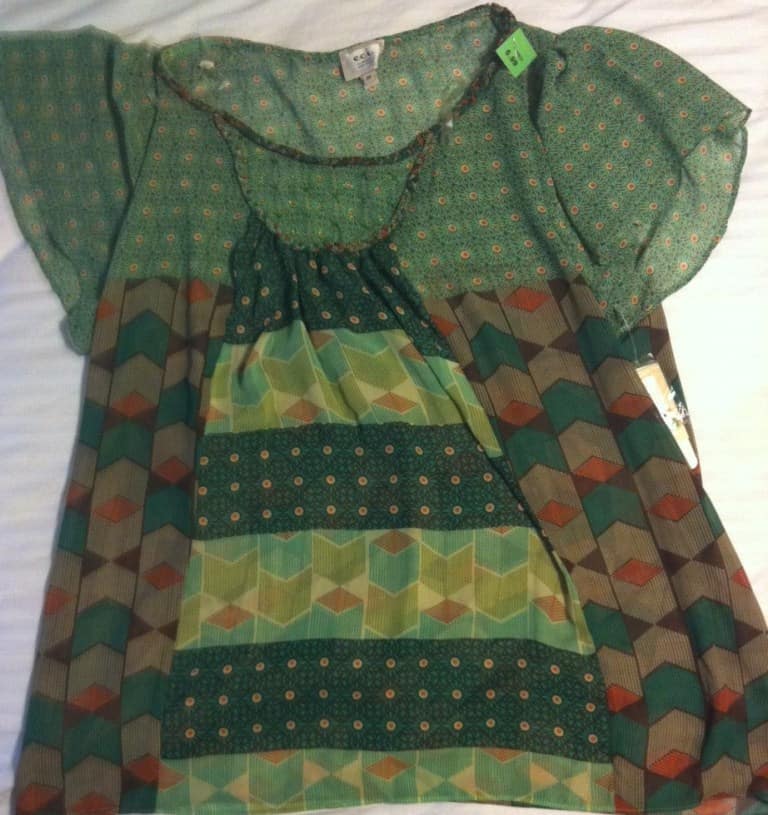 Moving right along to a Salvation Army over by UTSW where I was able to get a BRAND NEW super cute green/brown/orange/cream top with a trendy chevron print. Granted it was $7 but it still had tags on it and was originally $70! 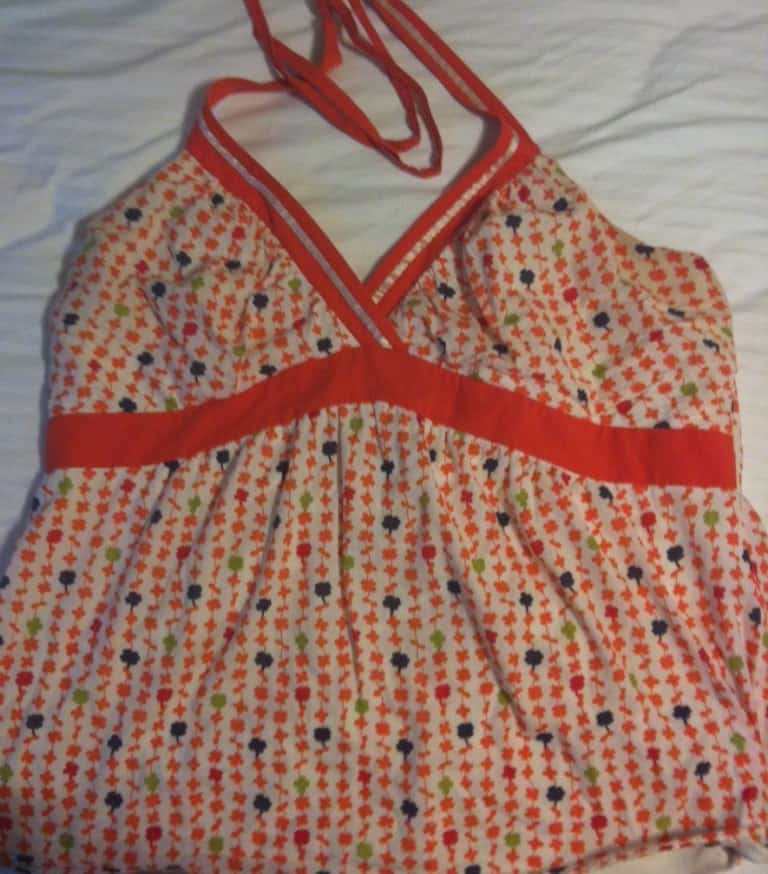 The last thrift store that we went to, I scored on the Torrid clothes once more. First up was the orange floral halter. I will definitely be wearing a shrug over this (don’t know what color yet) but thought it was super cute especially for a price tag of $3.50. 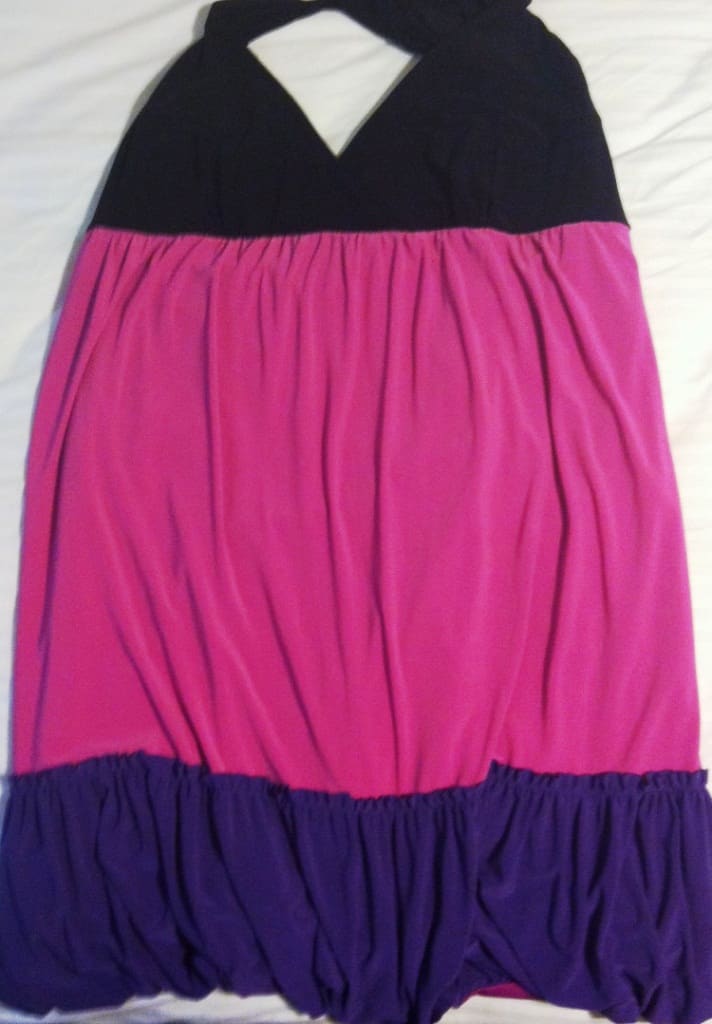 Kept on looking and saw the short black, purple and pink dress from Torrid as well. It was priced at $9.99 so I was kind of iffy on it. Yes, a dress that was originally about $75 from what I find online and then on top of that, the white tags (which both items had) were 1/2 off! Total score! Only $6.75 for these two items! {I’ve already ordered a pair of black capri leggings to go under this dress so I can wear it to work.}

So grand total of thrifty clothing shopping was only $22.75! All are washed and ready to be worn in this upcoming school year.

On Sunday, we decided that it was time for my hubby to go to some places he wanted to go to so we drove up to the Allen/McKinney area. He was able to go to Cabela’s in Allen for the first time. Thankfully there was a TJ Maxx/HomeGoods, Ross and Target in the shops next to it so I got to shop as well. 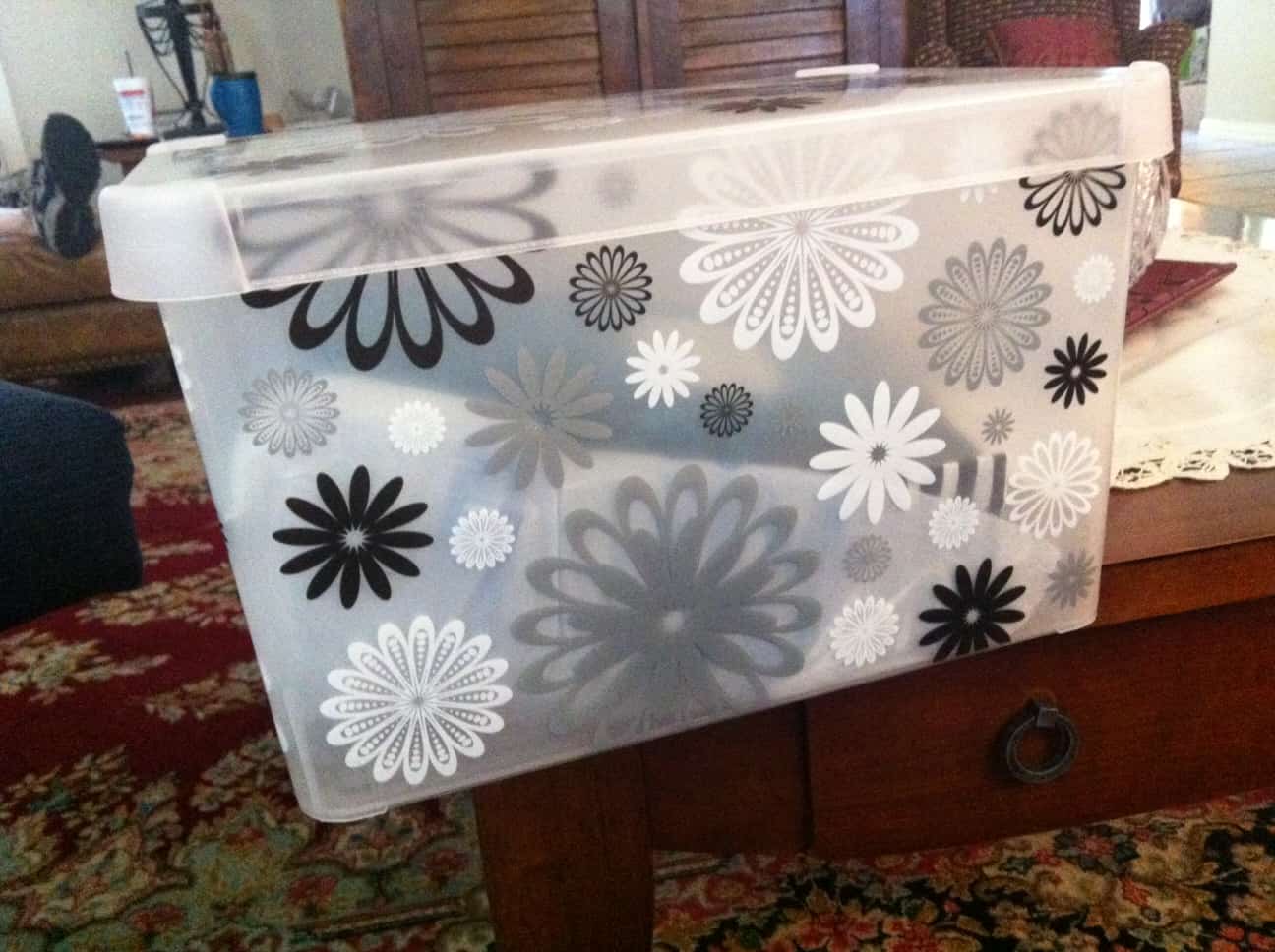 First thing I found at HomeGoods was this super cute box by Curver. I have found out online that they are solely at HomeGoods and TJMaxx in the US. They are really sturdy and I am excited to be bringing this into my classroom in this upcoming year. I have an idea about what I want to use it for but plans can always change. 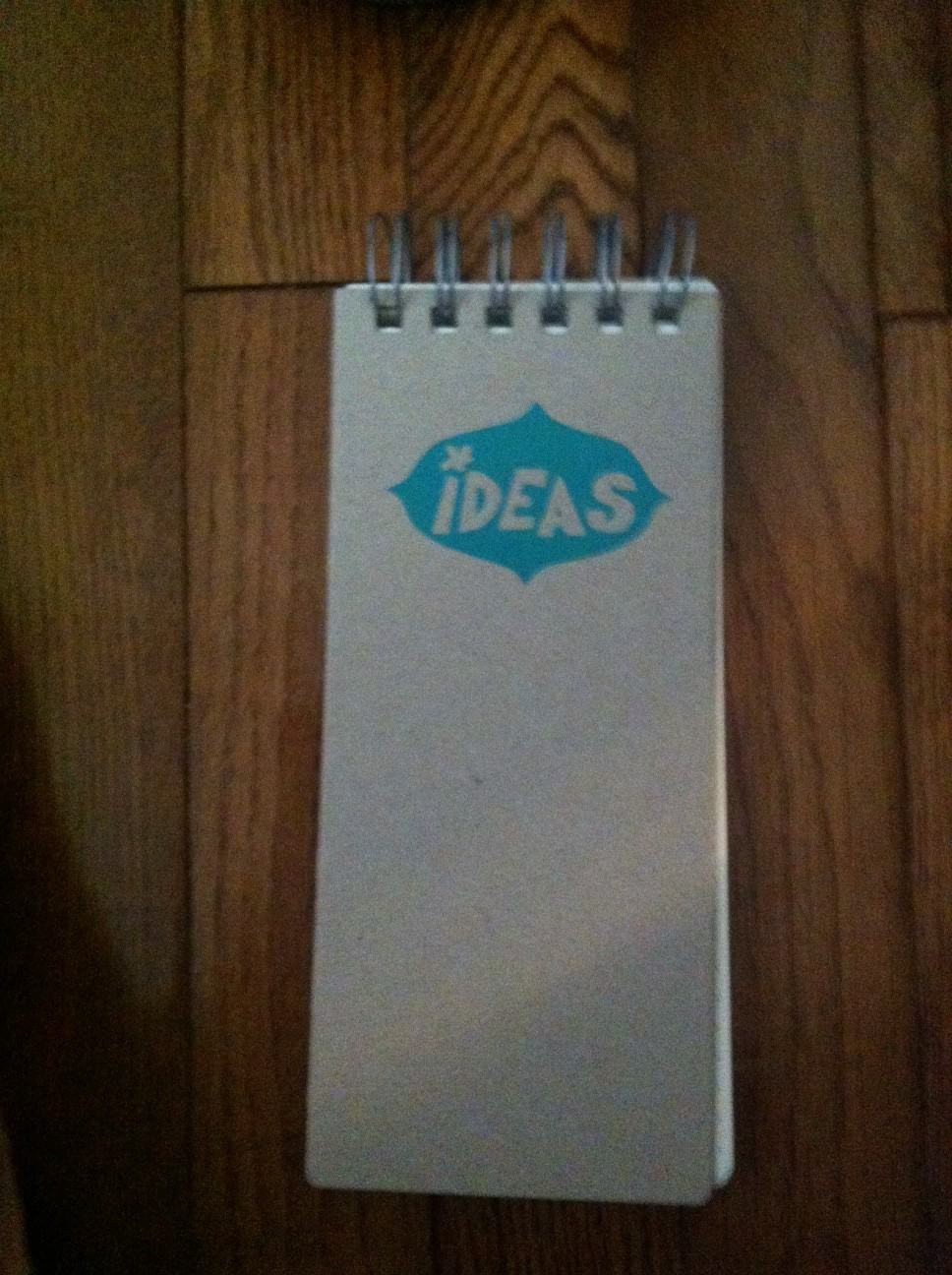 And of course while I was in line to check out, I had to scope out the goodies up front. I grabbed this adorable notebook to have in my purse. It’s about 8 1/2″ long and about 3″ wide. It’s really very cute and I’ve already started using it today to write a to-do list and to keep track of what I wanted to talk about on this blog post. WOOT! 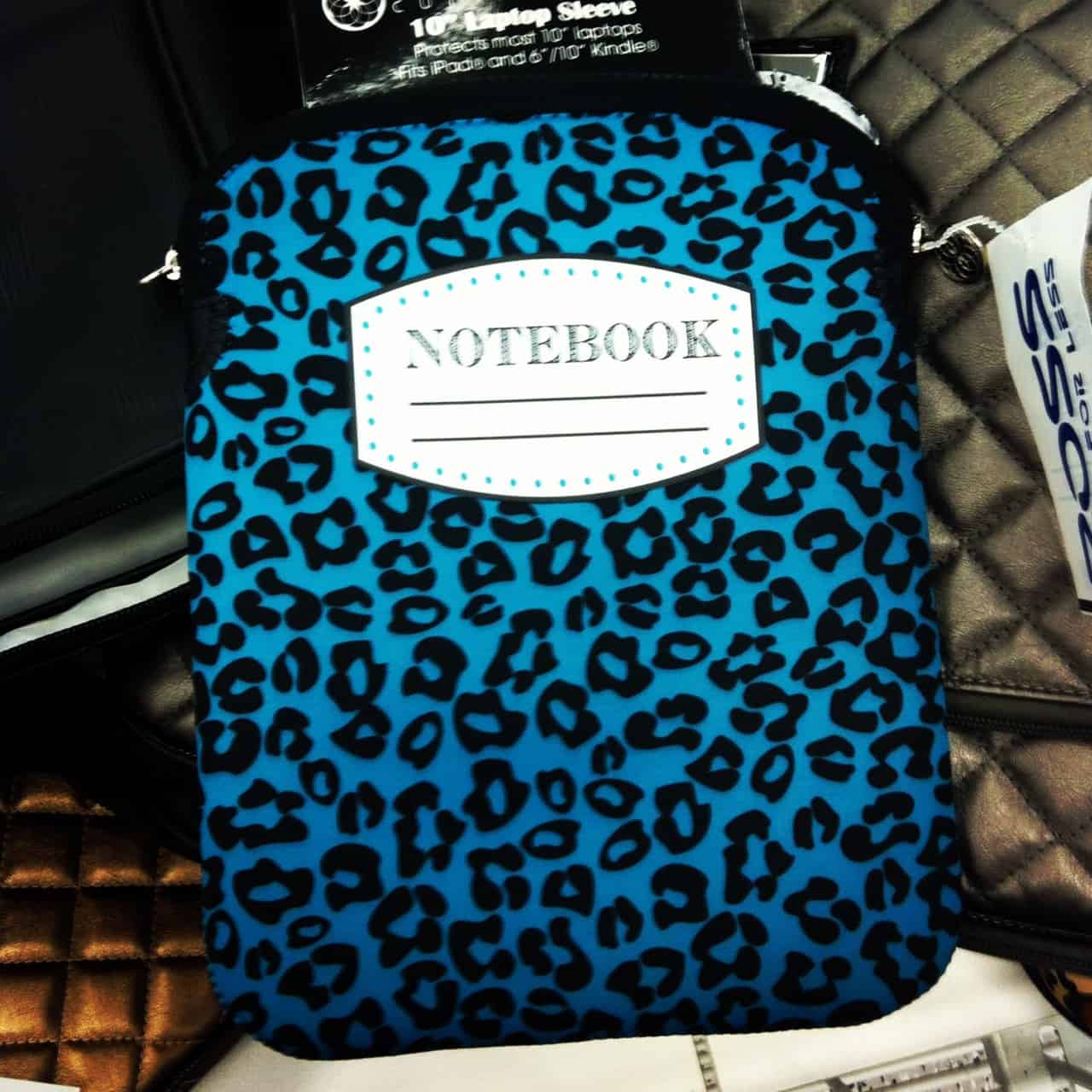 After leaving there, I went on over to Ross and saw this stinkin’ cute iPad sleeve that looks like a composition notebook. Since I am getting an iPad as part of the grant that is funding the Math Collaborative that I am in, I had to get this. It was only $6 and will be perfect!

Whew, totally amazing weekend having some time with my husband and finding some great deals. I did purchase one other dress at another Ross for $10 but I failed to get a pic of it. It’s adorable as well and black, white and green. So excited to look cute in the coming months!

So my question to you, what is something that you have been able to snag for a great deal lately?