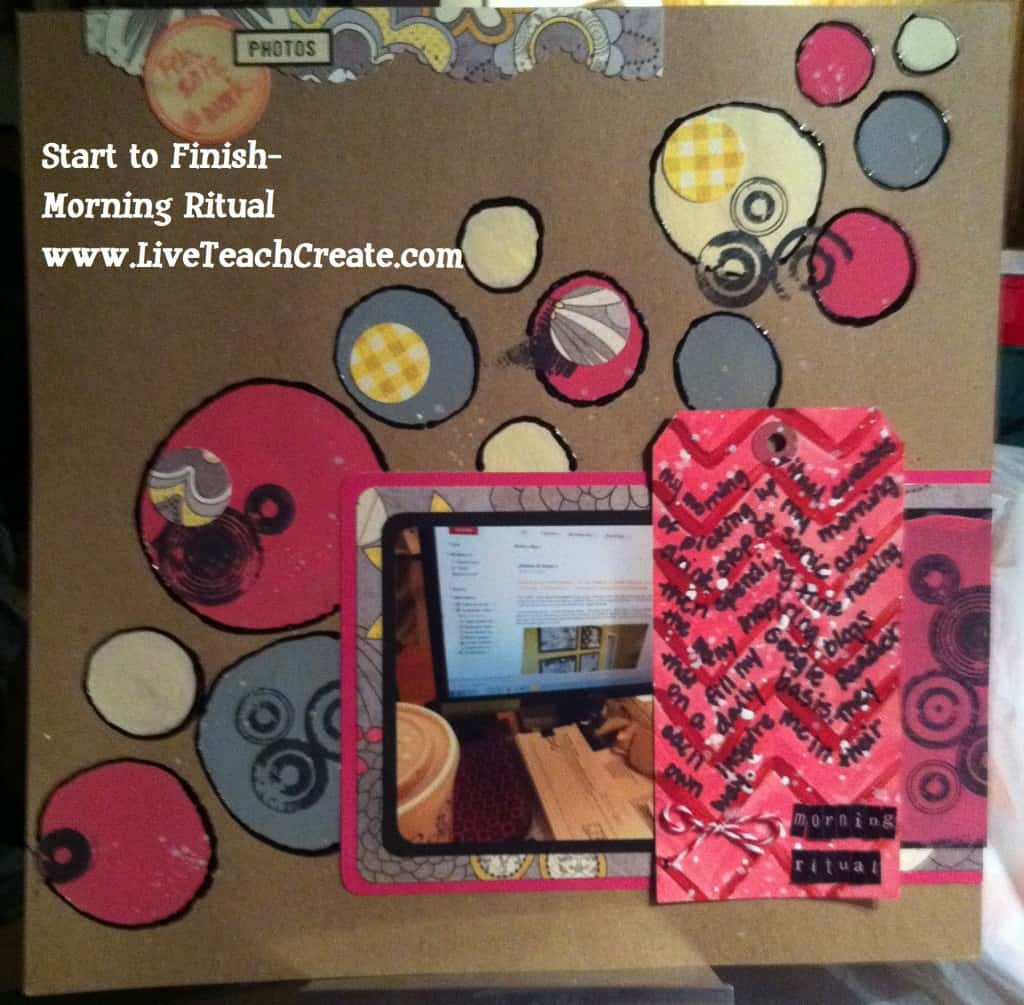 Since I have been going February Photo A Day and now March Photo A Day, I really wanted to compile a layout of what my current morning ritual seems to be as it has really been becoming quite the norm 5 days a week. 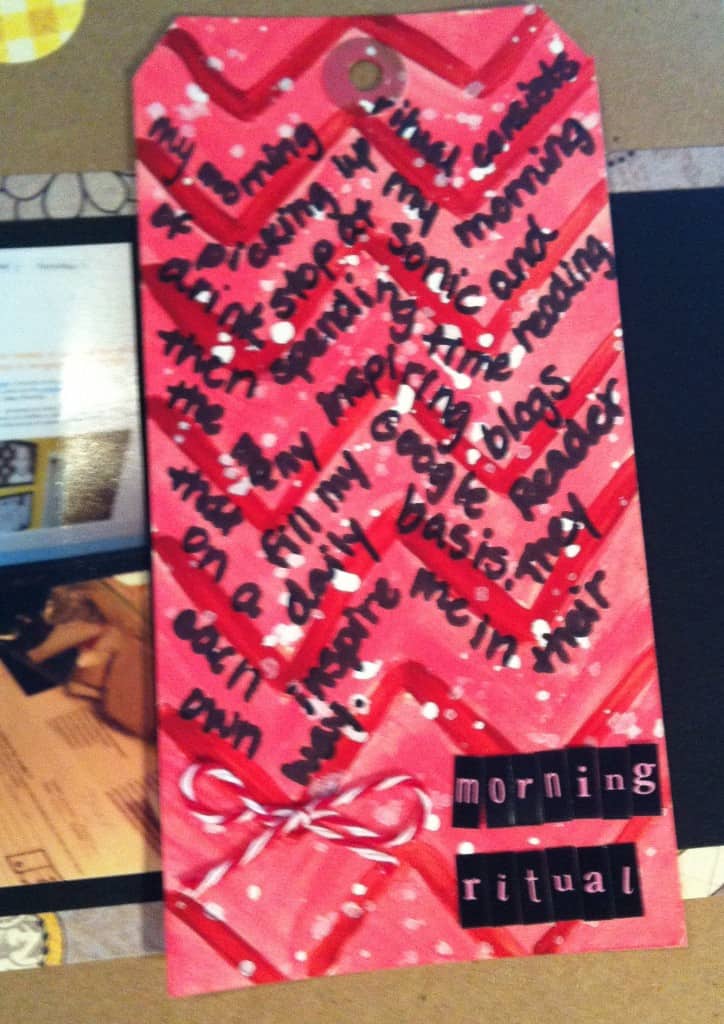 I started this layout with the tag pre-created with my journaling and what not. I knew what I wanted to say about my morning ritual and knew I wanted it to be a focus {as it was the story} so I needed a bright color. 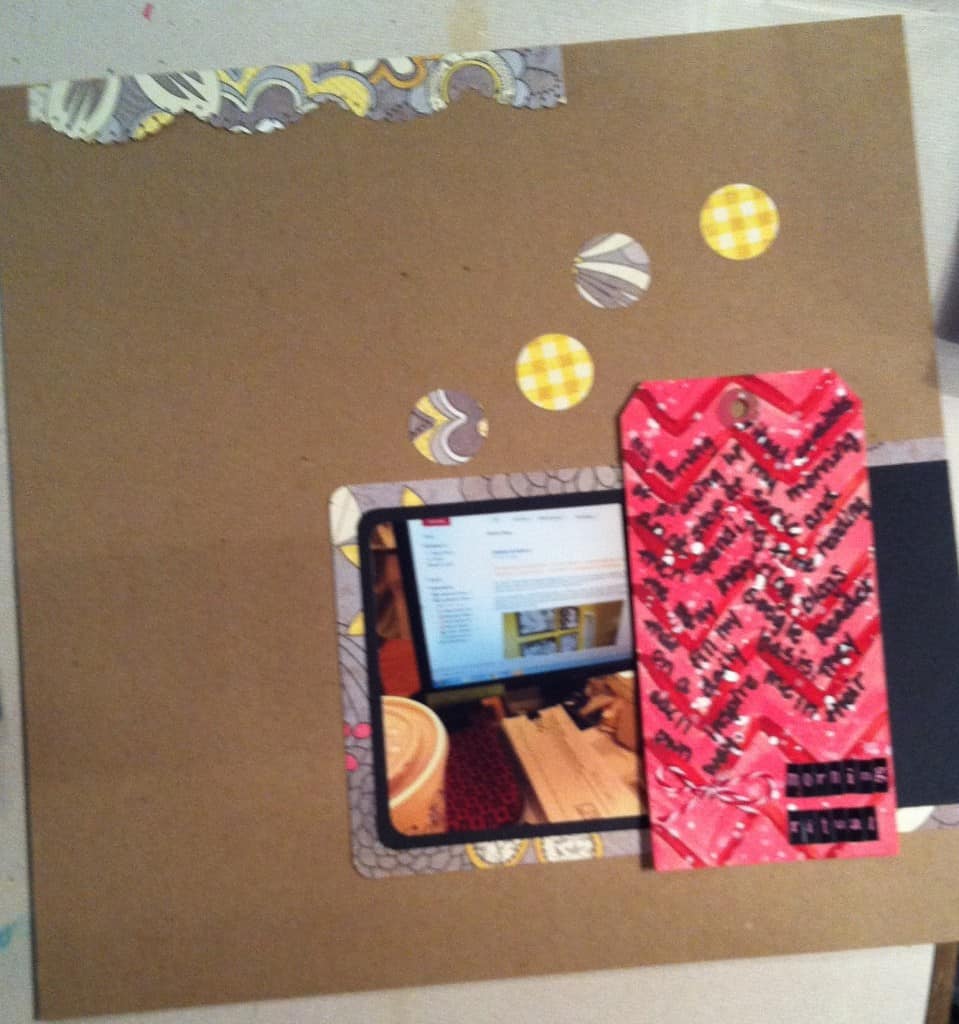 I pulled out some Kraft cardstock for my base and layered on a piece of Authentique Blissful paper that I added some black cardstock on top of. I rounded the corner the cardstock, paper and photo with my Corner Chomper and used a scrap near the top of another sheet from the collection and punched a few 1″ circles out of the paper as well. 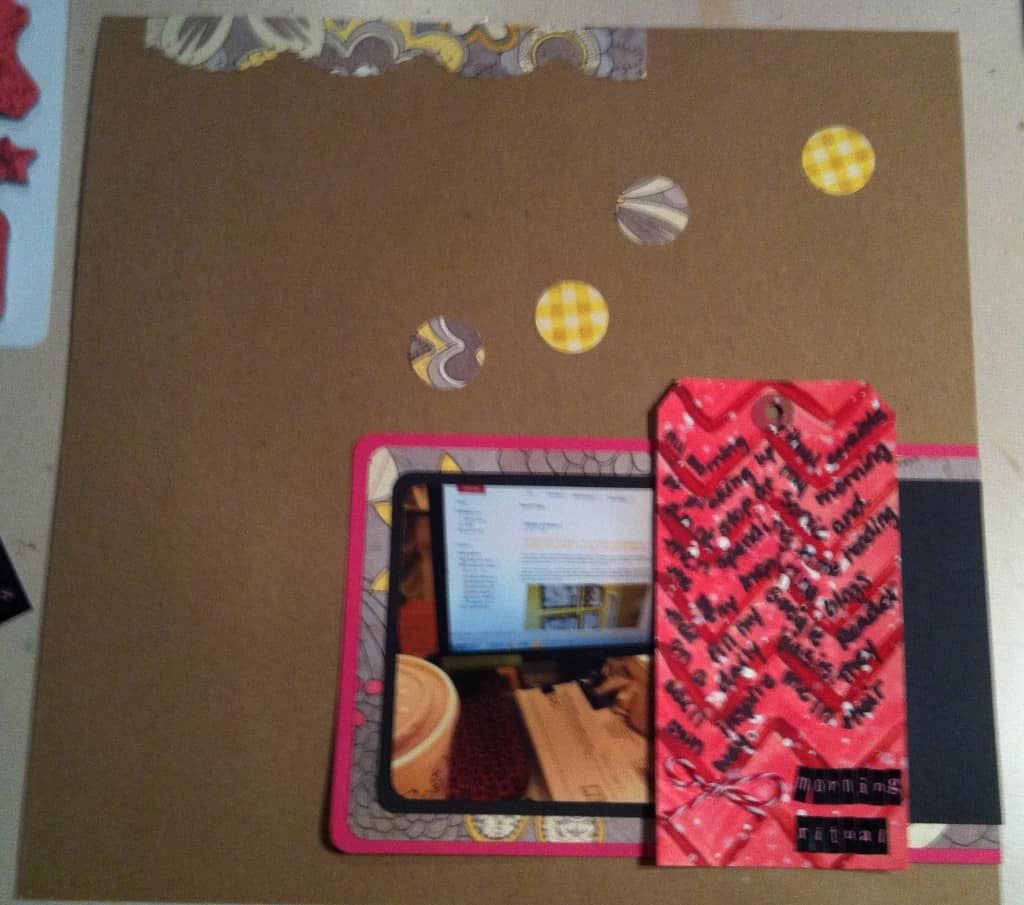 I thought it was too stark and didn’t make the pink from the tag pop so I added another layer of cardstock behind the Authentique paper and I started to like that. 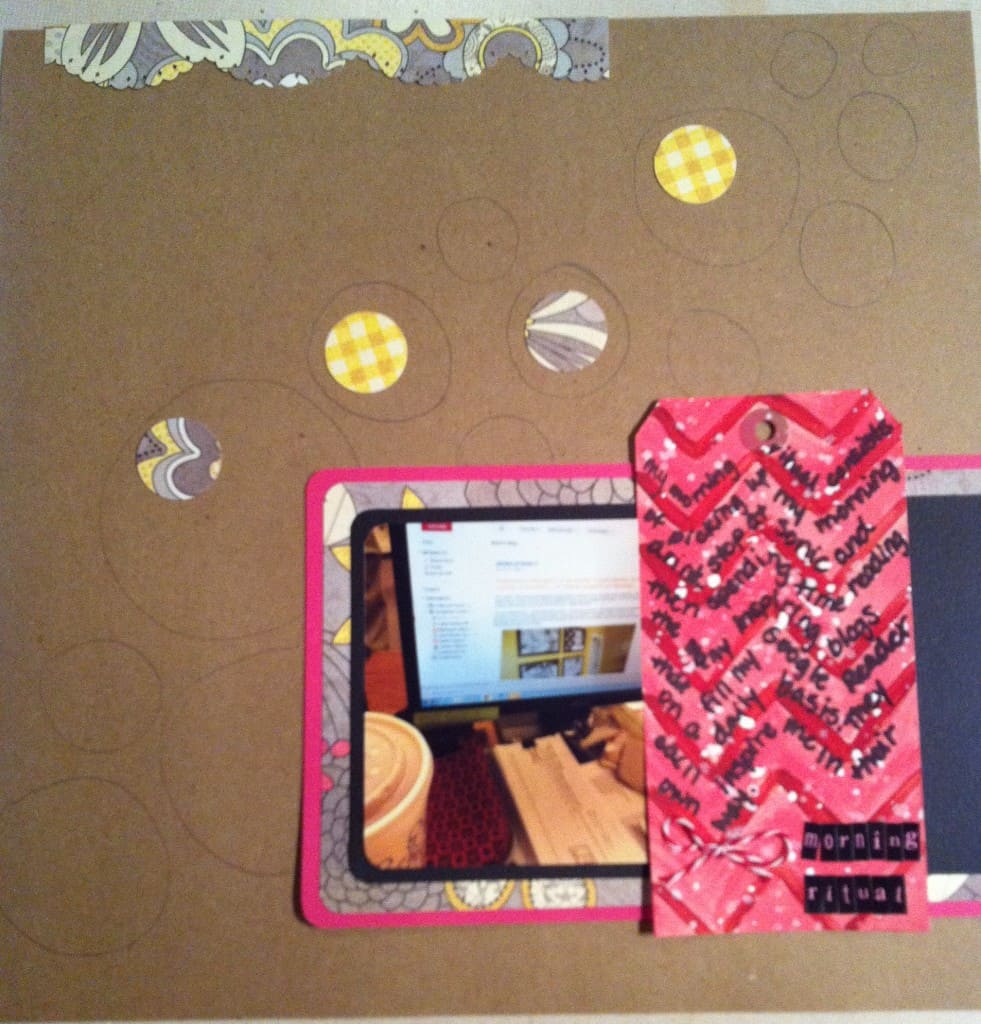 I wasn’t liking where I originally had just thrown the circles so I moved them around a bit and started drawing more circles on the page to create a visual flow across the page. 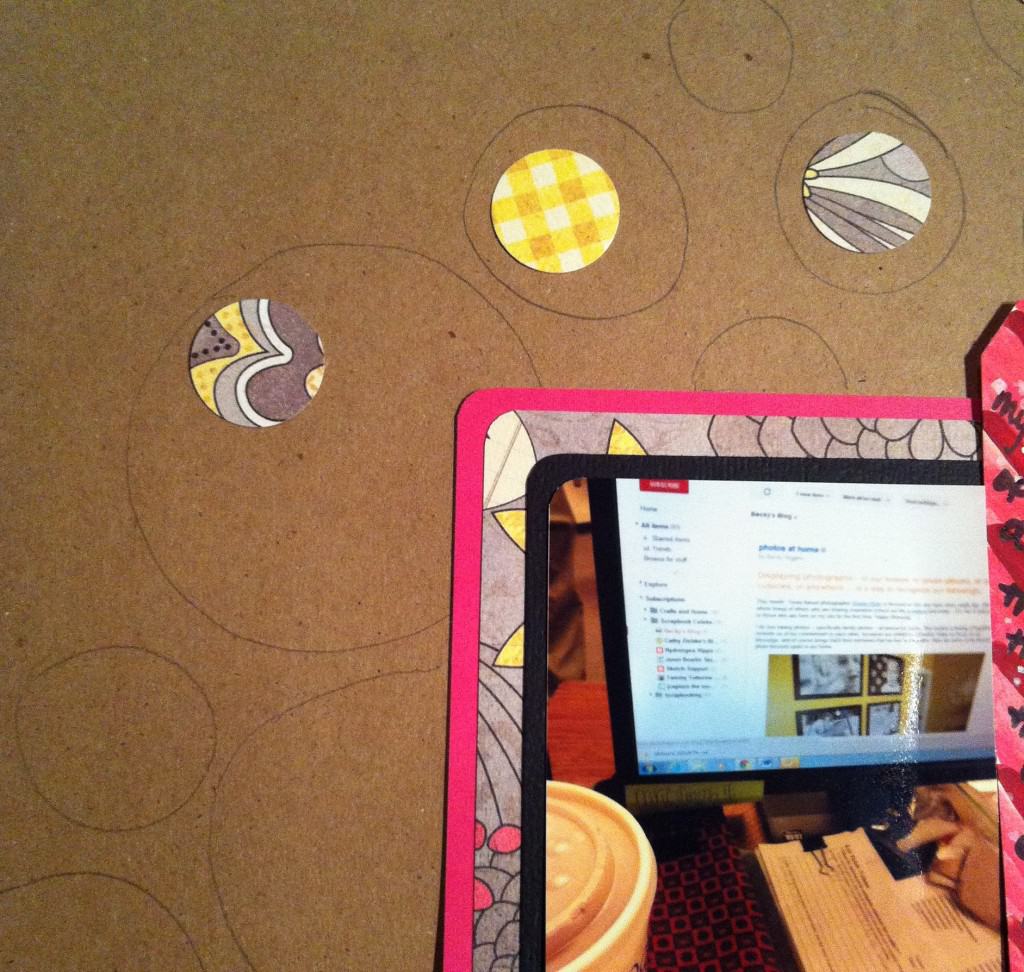 Once I liked where my circles were going, I pulled up the photo mat section and started to decided what color each circle would be between my pink, grey and manilla Making Memories paint. 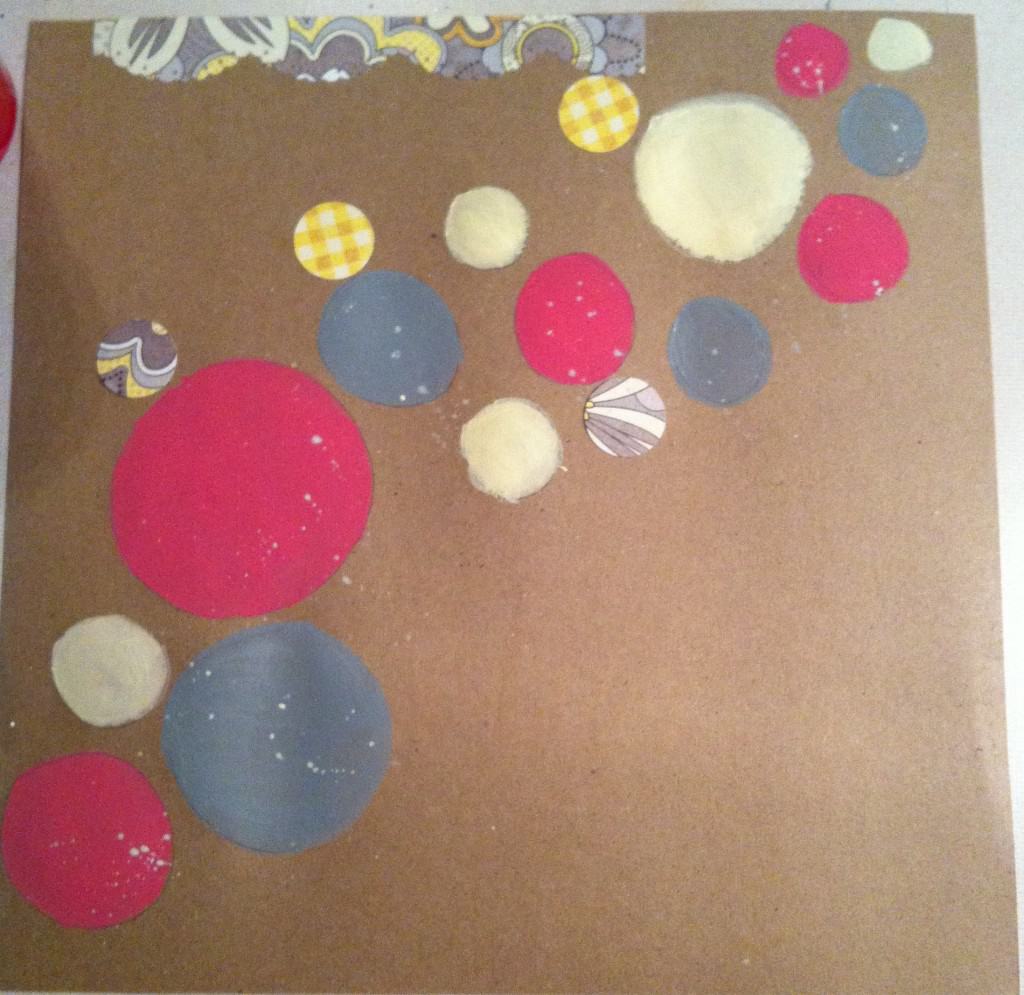 I moved the punched circles to the outside of the circle they were going to go on so I could make sure that I didn’t paint them a color that would make them blend in. You can still see a bit of the pencil marks but I had an idea to cover that up and add a visual pop! 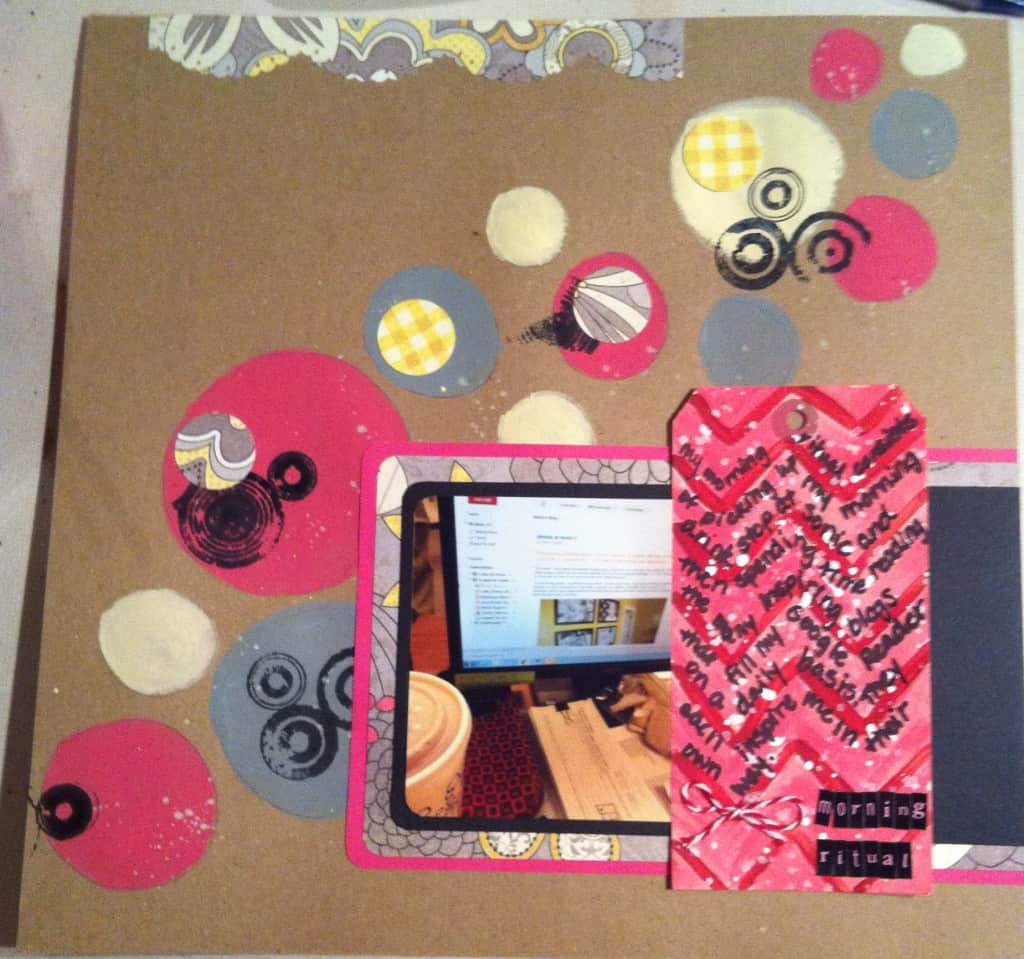 Next up, I grabbed my Memento Tuxedo Black ink and the Tim Holtz Bitty Grunge stamp set to add some of the circles to various painted circles. Now it was time to commit things down. 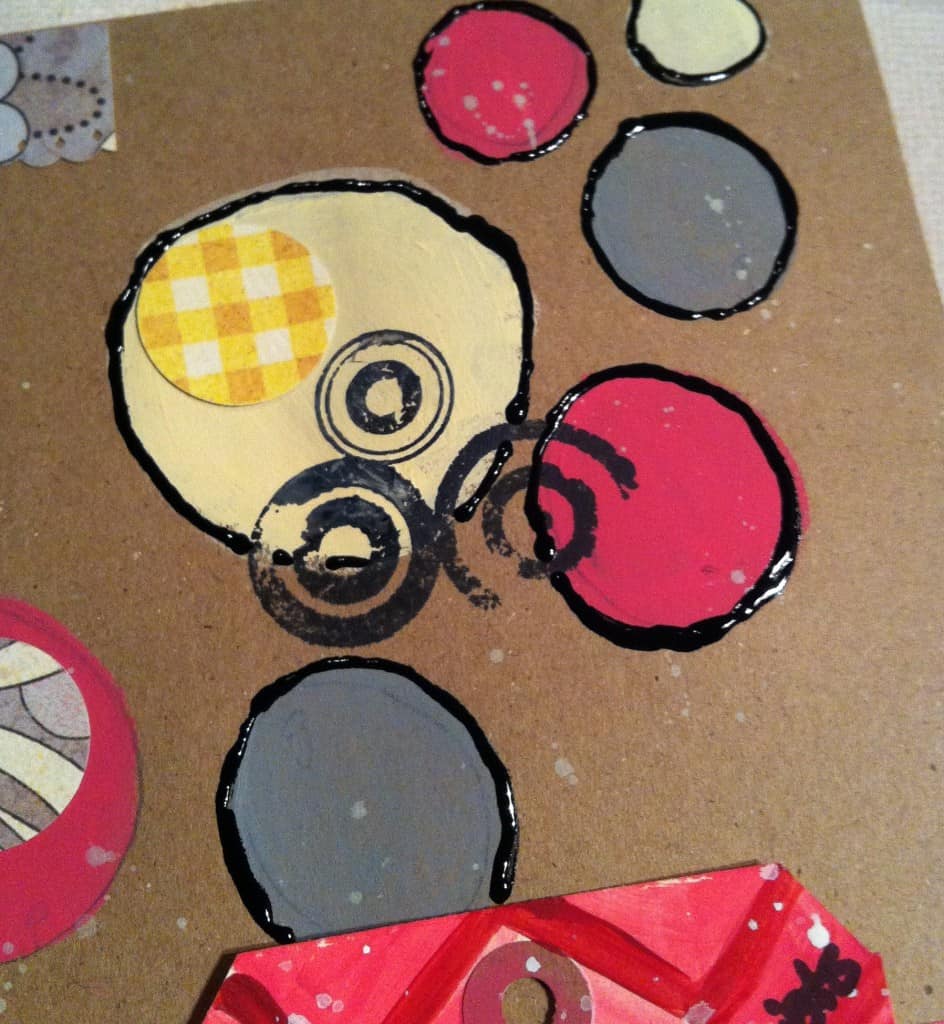 I knew I wanted to hide the pencil marks so I grabbed my new favorite Ranger Enamel Accents and went around each circle. It totally makes them come to life and WOW! 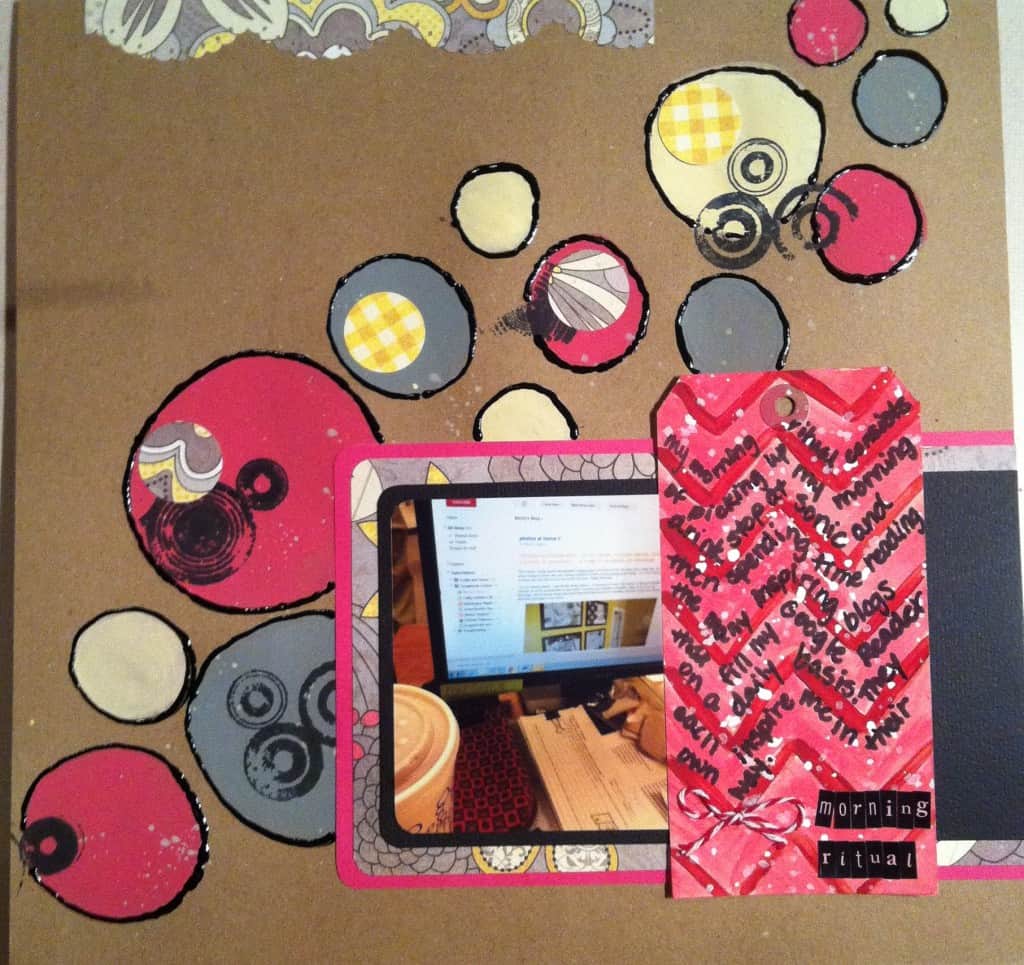 Almost done but not quite. I adhered everything and it just needed something else. 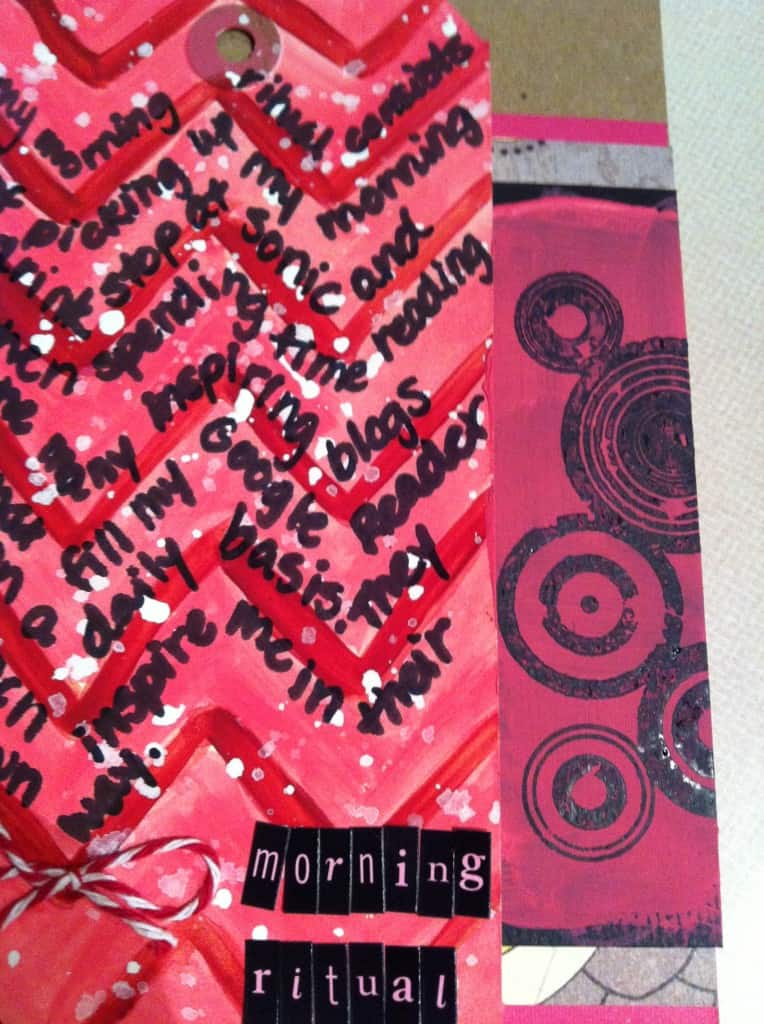 I painted the black cardstock section with pink paint and when it was dry I stamped the entire Bitty Grunge circles on top of it. Okay it’s done, or enough so in my book. LOL! 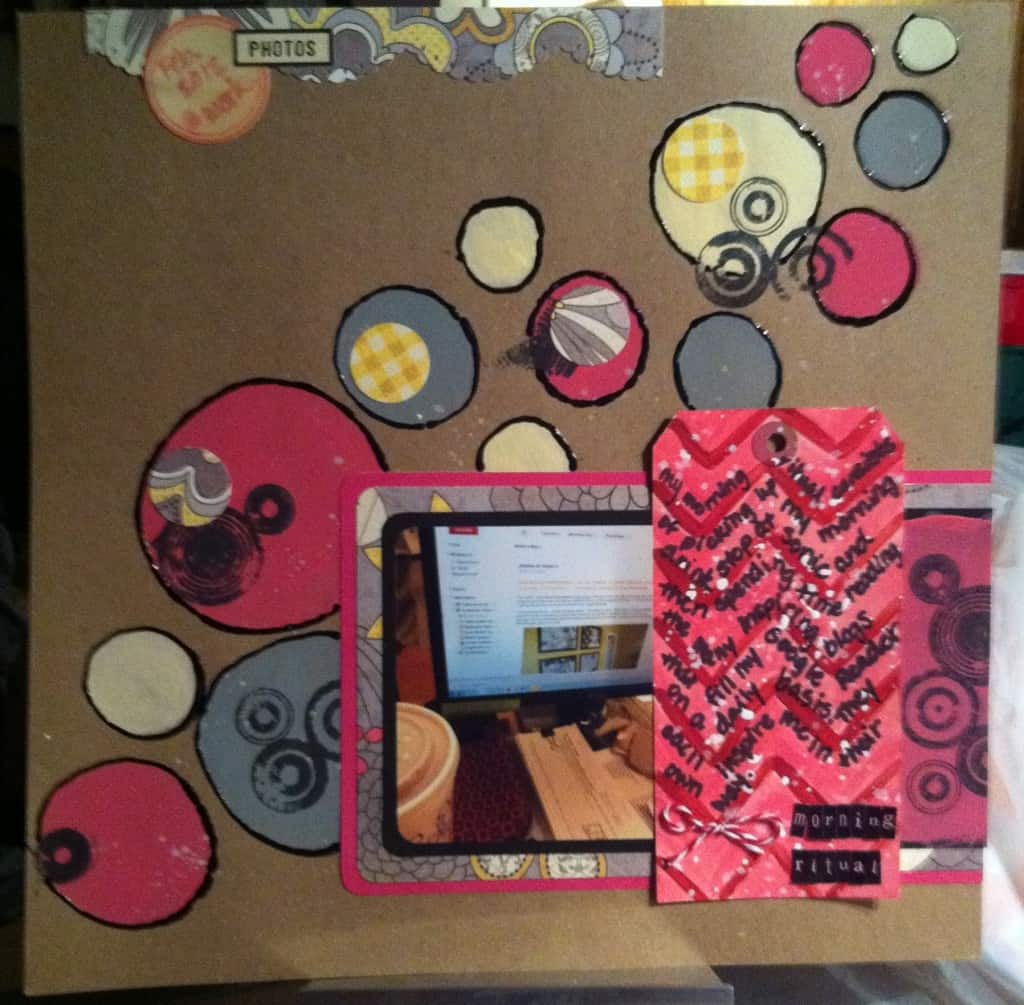 The last little touch was to add a circle sticker and the photos sticker from October Afternoon in the top left hand corner to balance out the punched strip. I added some Glossy Accents over the circle sticker.

So, am I the only one who has a ritual in the morning? What about you? What do you do habitually every morning? Have you documented it? Why or why not?