Irish is a way of life!

This past weekend was the annual North Texas Irish Festival in Fair Park in Dallas. Â Michael and I were so excited to go this year for our third time together especially since we had missed last year. 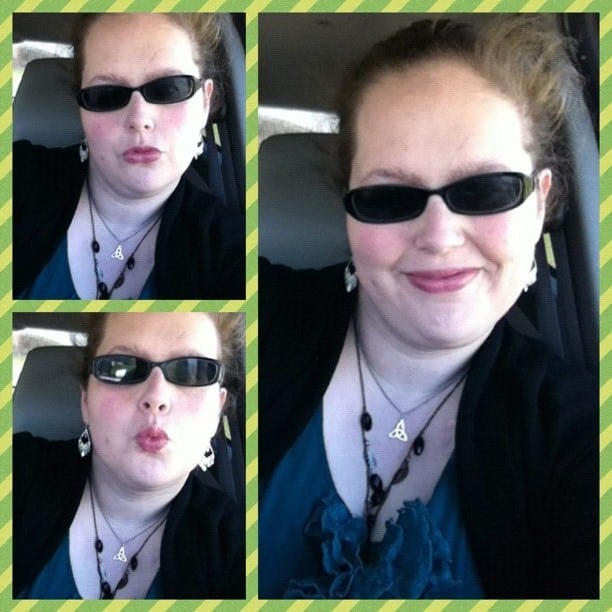 Since I was waiting on Michael before we left, I decided to get a bit silly and take some shots before we left. Yes, I am wearing my sunglasses that are the exact same as my regular glasses. Â I don’t wear them often because with the prescription tinting it takes me at least 3-5 minutes to get used to them but since I was driving and it was an hour and a half, I went for it. 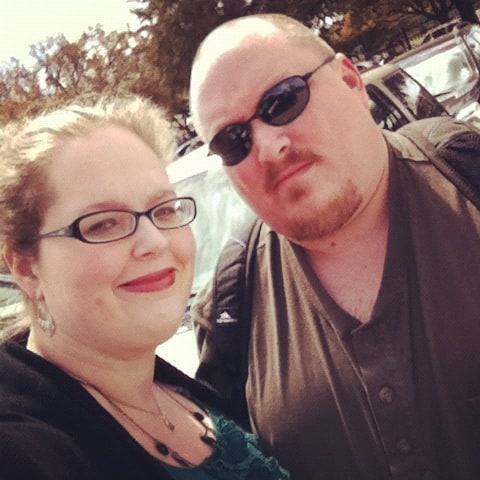 When we got to Fair Park, I had to snatch a picture of the two of us. Â We were waiting on our friends to arrive and feeding Jake at the same time. 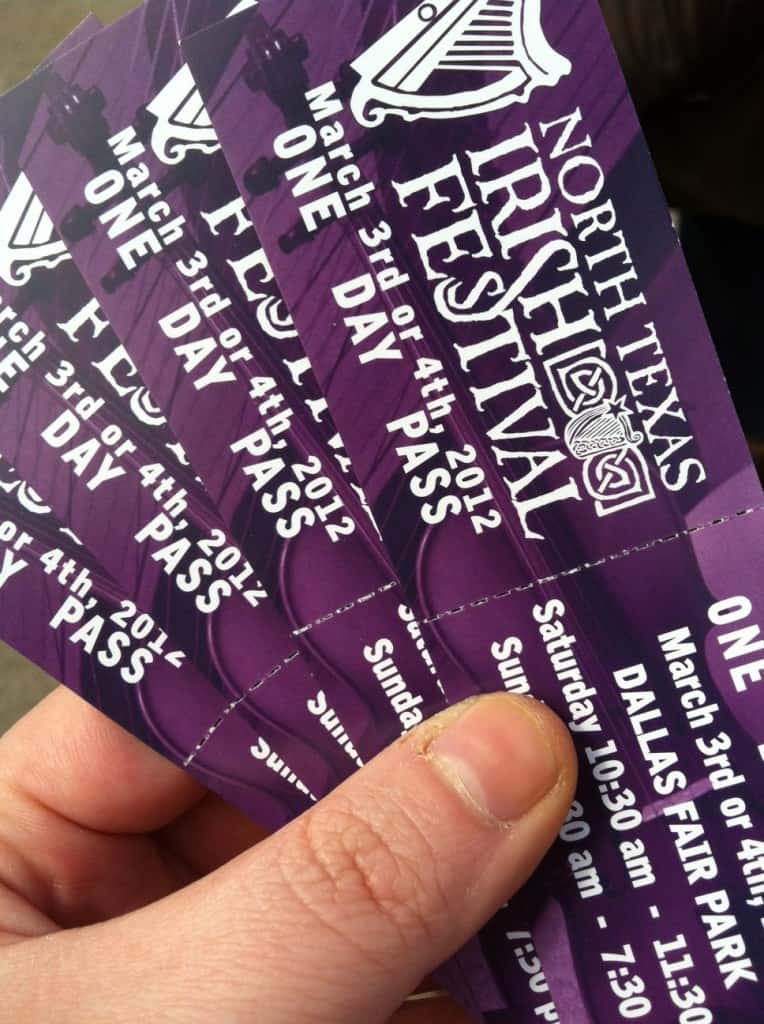 Next up it was time to get our tickets that we have purchased online ahead of time to save an extra $6 each. Totally worth it and the line was super fast. 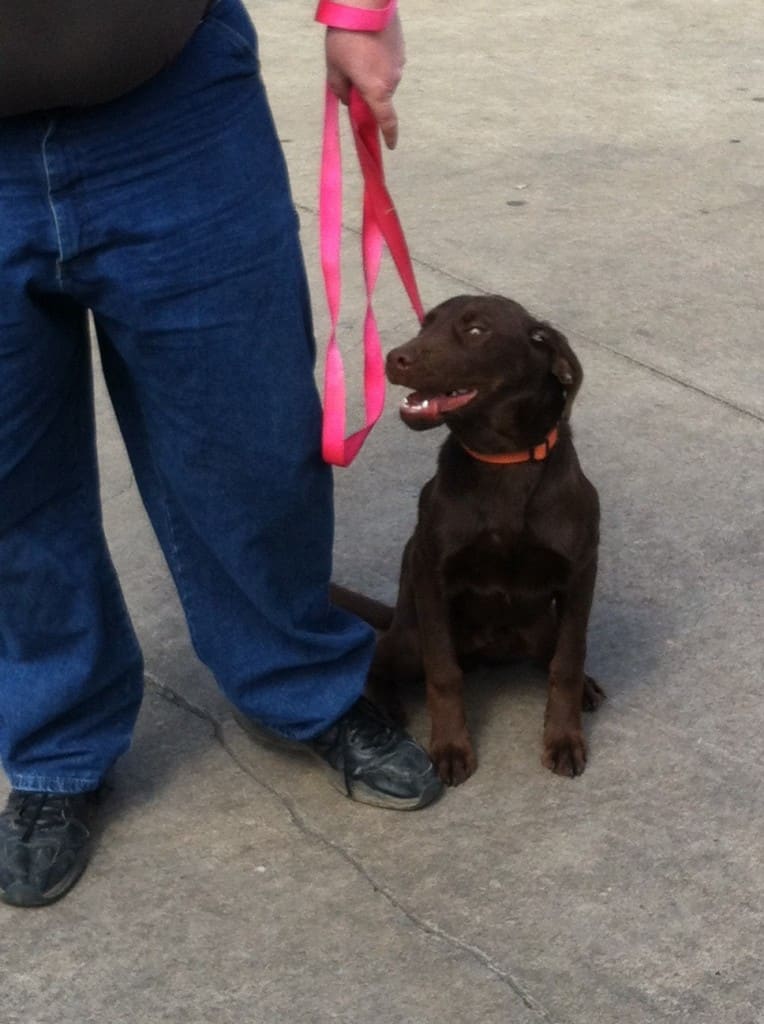 We had to wait a bit longer before we could go in because we had our friend’s tickets as well. Jake is quite the ladies man and needs to be wearing a bandana that says so when we are out in public. He was flirting with every woman that passed us and let anyone pet him. Soaking up the attention! We realized at this time we had forgotten to bring treats with us so that was on the list to find while we were there. Jake is extremely food motivated! 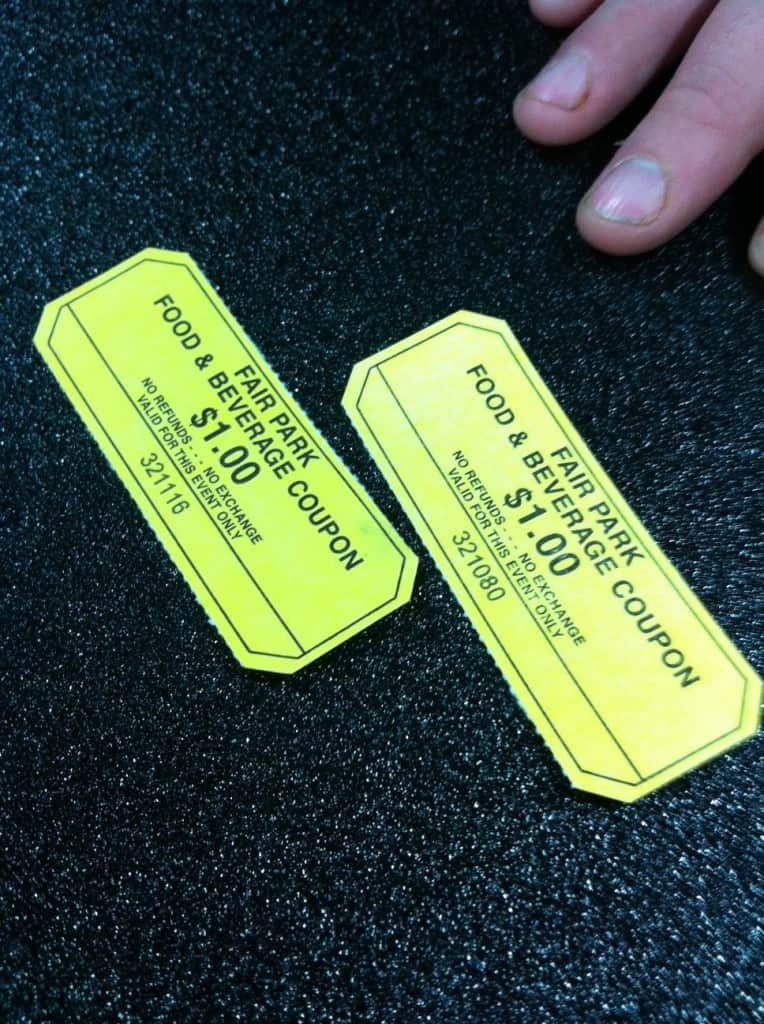 Important things come first, getting some food tickets for the day. Our friends just paid us back by buying food tickets for the ticket price and we ended up only using that amount. Total score for us! I got to have some Warm Apple Bread Pudding with Whiskey Sauce and chocolate dipped pineapple! Both were super yummy! Sad I didn’t get a picture of either of them. 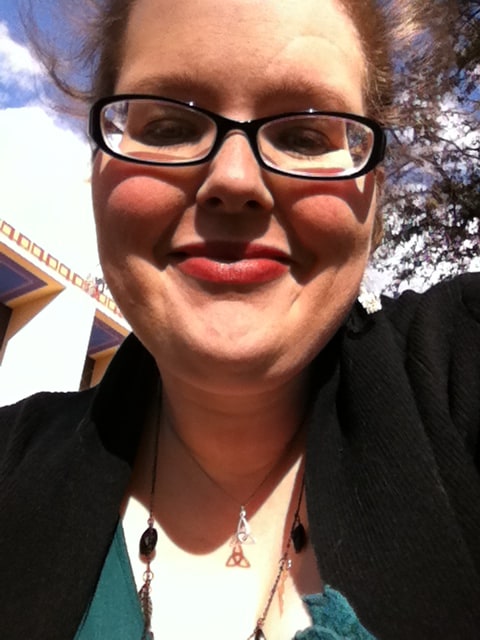 After at least 4 hours of walking, we had to take a break on the lawn. Michael grabbed some stew to eat, I never even saw it. I sat down and fed Jake who was absolutely starving. He also went through about 20 oz. of water. 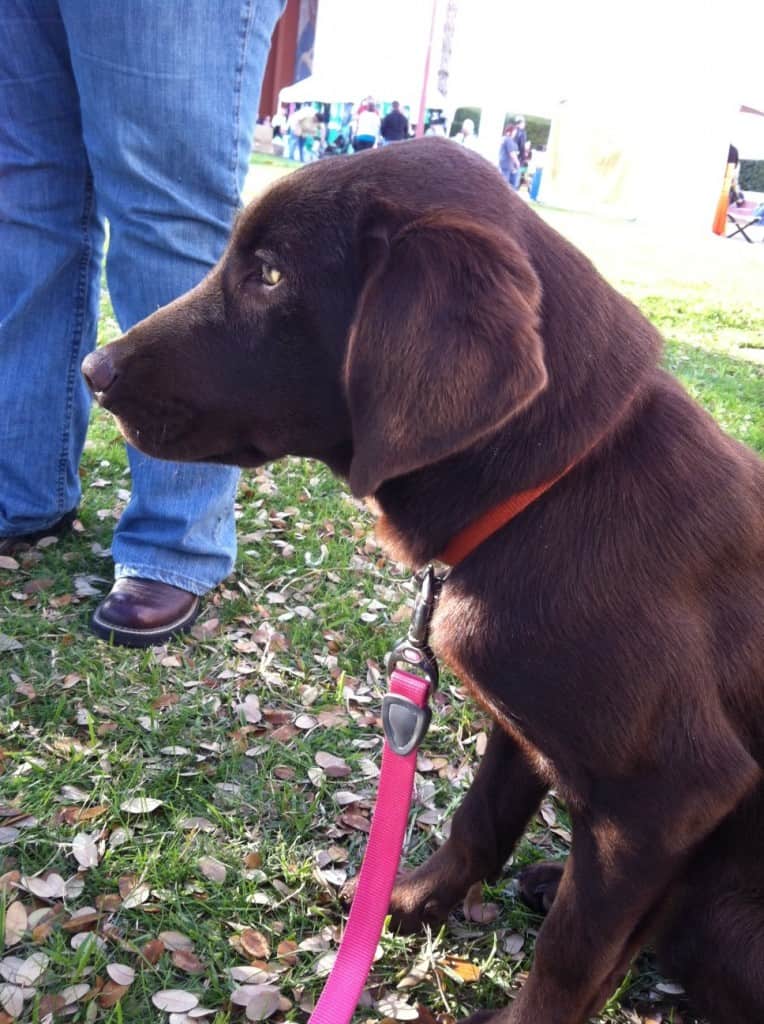 Jake is just sitting pretty after eating and totally soaking up the attention from everyone else. He loved being able to interact with other dogs of all sizes and shapes. He was very fond of some of the Irish Wolfhounds and Great Pyrenees. 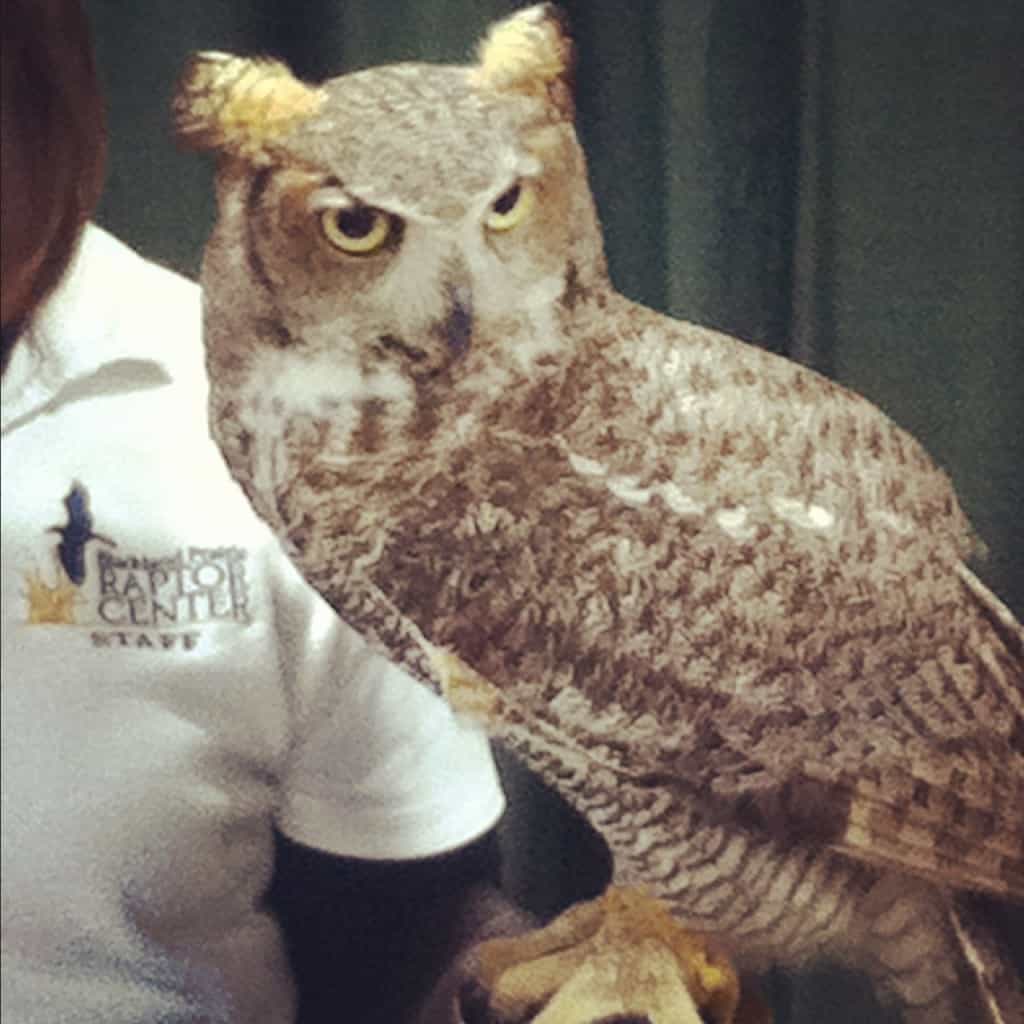 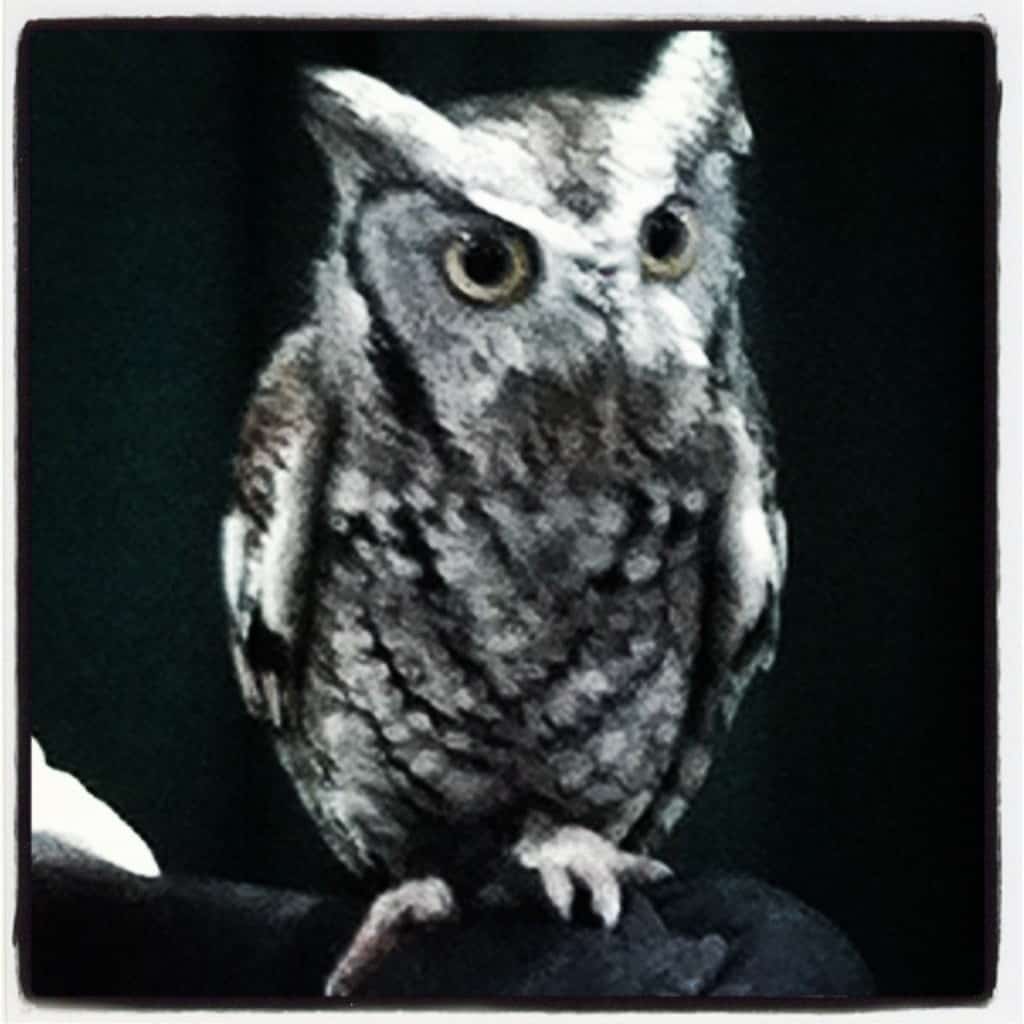 When we went back through one of the buildings, we saw The Raptor Center had set up and they had these two gorgeous owls to show off. I was in love and had to take a pic. I will be printing these to hang in my studio once it is built. 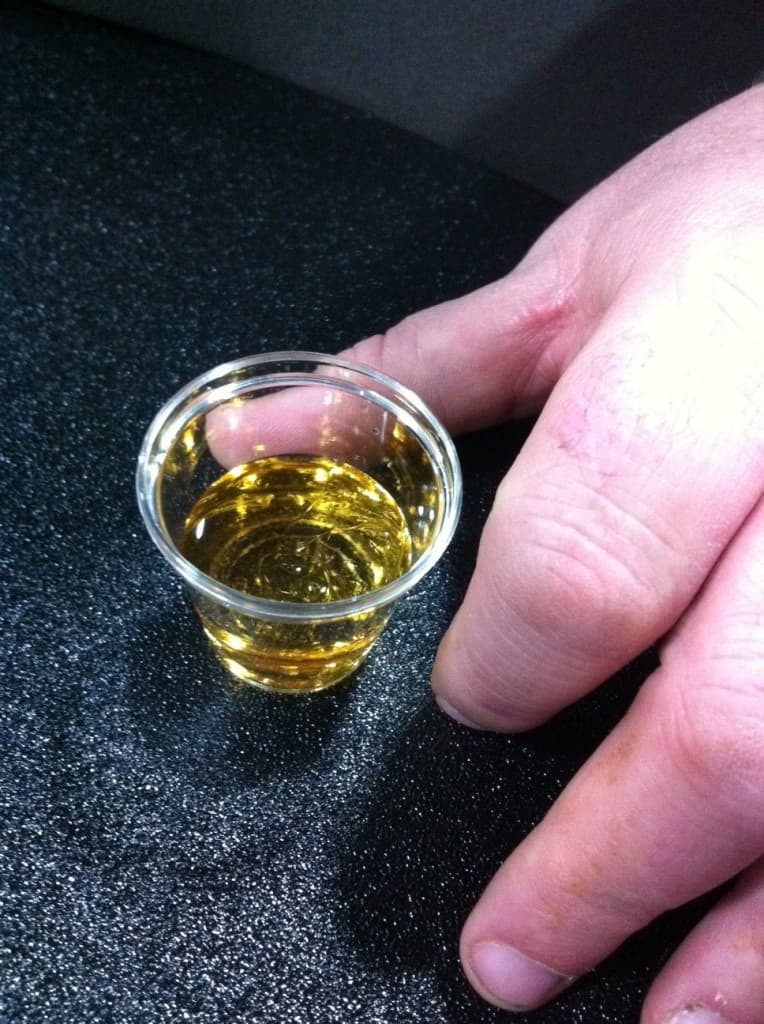 Next up was the whiskey tasting. Michael had a shot of this Irish Whiskey {can’t remember the name} and I had a shot of an Irish Creamer. It wasn’t cold like I normally drink Bailey’s so it was a little harsh going down. 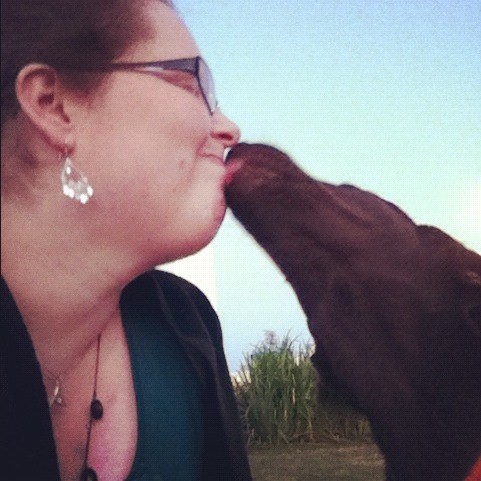 On our way back out we stopped at a booth and were getting a demonstration on something when all of sudden the worst happened. Jake let his bladder go right in the middle of the booth. Now, we are on concrete floor and dogs are welcome but I was so mortified. He never made the nudge that he needed to go and hadn’t any time that day. It wasn’t his fault but such is life. I ran with Jake to get napkins and then took him outside while Michael cleaned things up. Jake and I ended up chilling outside while waiting on Michael to finish inside. Jake loves to give affection and therefore I was getting LOTS of kisses! 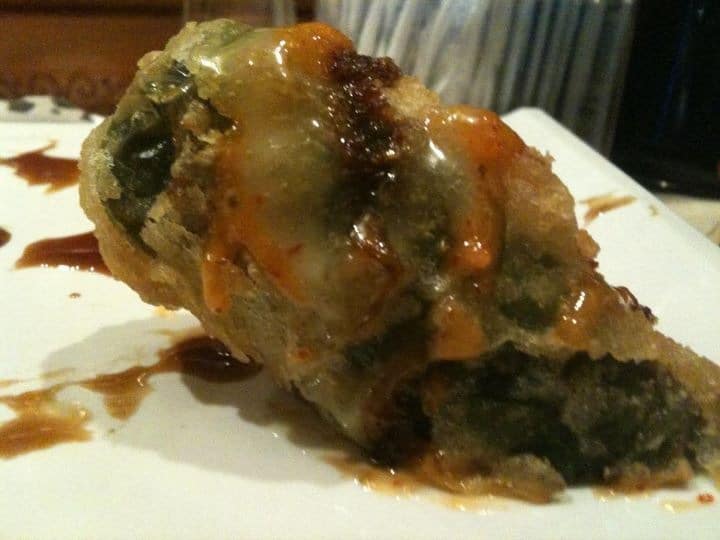 After we left Irish Fest, all four of us took a trip to Genki Sushi in Addison. I love this place and hadn’t been in at least a year and a half since we had moved so far away. I am in love with this place still to this day. Sushi coming at you on a conveyor belt of all different kinds. This happened to be a Jalapeno Tempura Roll stuffed with crab and cheese. It was AMAZING! Even Michael loved it and he doesn’t do Sushi very often.

After Sushi, we went by Half Price Books and Barnes and Noble. I was able to get the third in my series {Deadly Gift} at HPB and had to order the second {Deadly Harvest} through Amazon while I was at Barnes and Noble. It should be here this weekend and I can’t wait to get started since I finished Deadly Night last night. 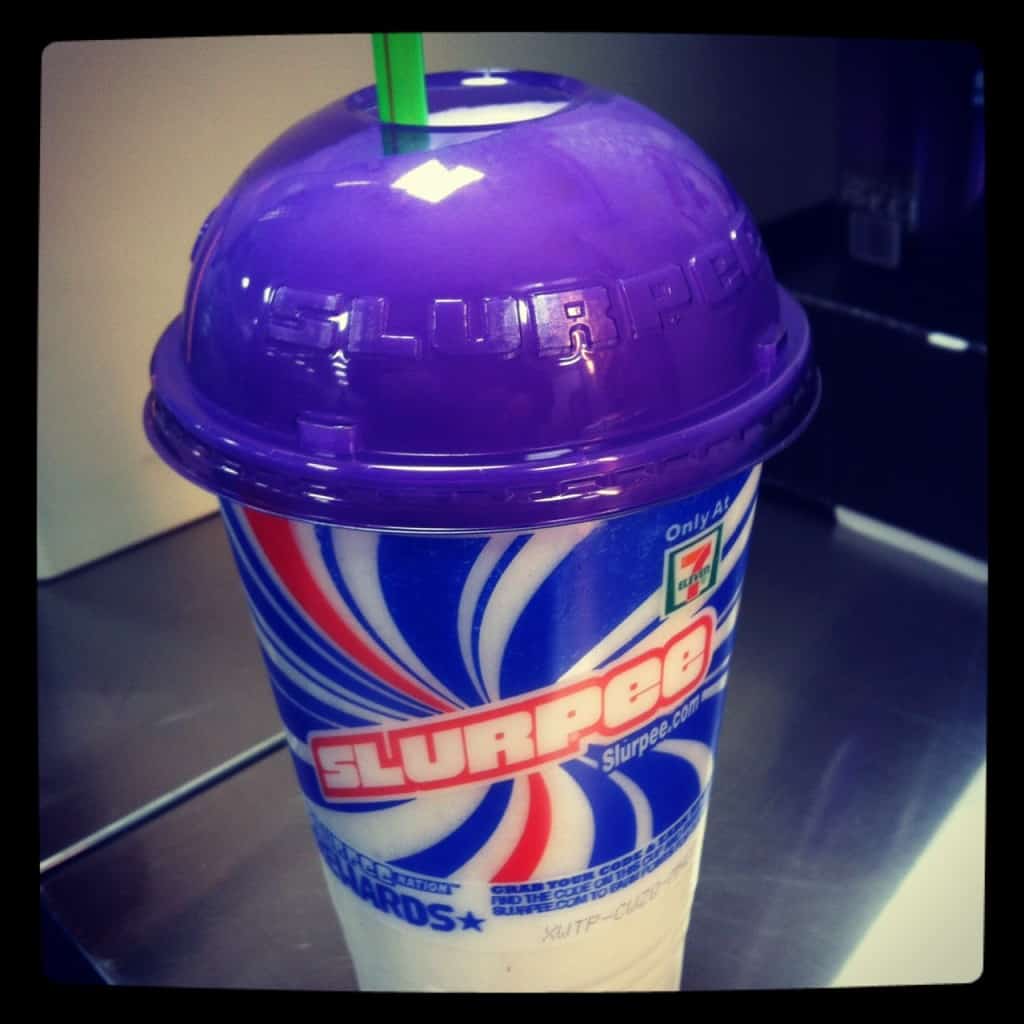 Since we had done so much walking and not much eating that day, I had a ton of calories left even after sushi. I was thirsty and Michael stopped at 7-Eleven. Another perk we don’t have in East Texas and they had my FAVORITE flavor of all time on spout, Pina Colada! I was in heaven!

All in all we had a great day. I came home with many business cards that I hope to peruse online this week. 🙂

Click Here to Learn about Professional Development Opportunities
Gotta pick, what say you? 3 for me! #teacherblog