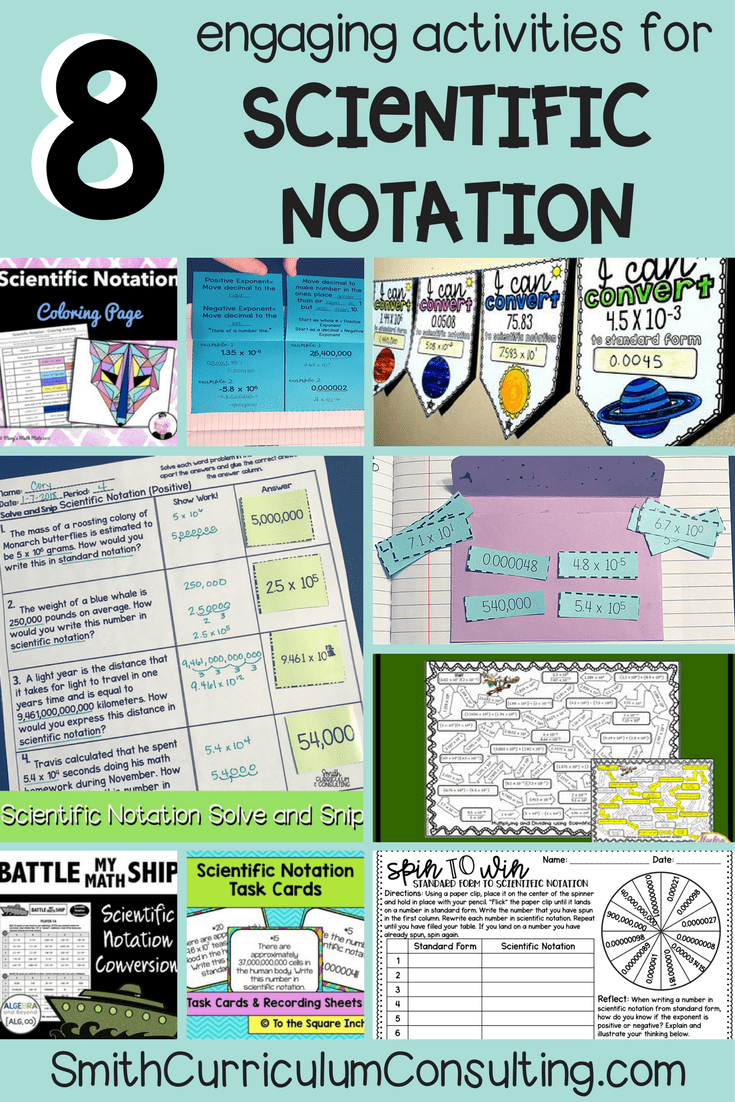 Scientific Notation proves to be a TRICKY standard for most of my students as it is so abstract to them and they can’t connect it to what they are doing in life. Do you hear the moans and groans before you even teach scientific notation like I do? I hear ya so I’m here to share with you EIGHT great resources for you to use not only when you are teaching Scientific Notation but also to reinforce the skill after the fact. 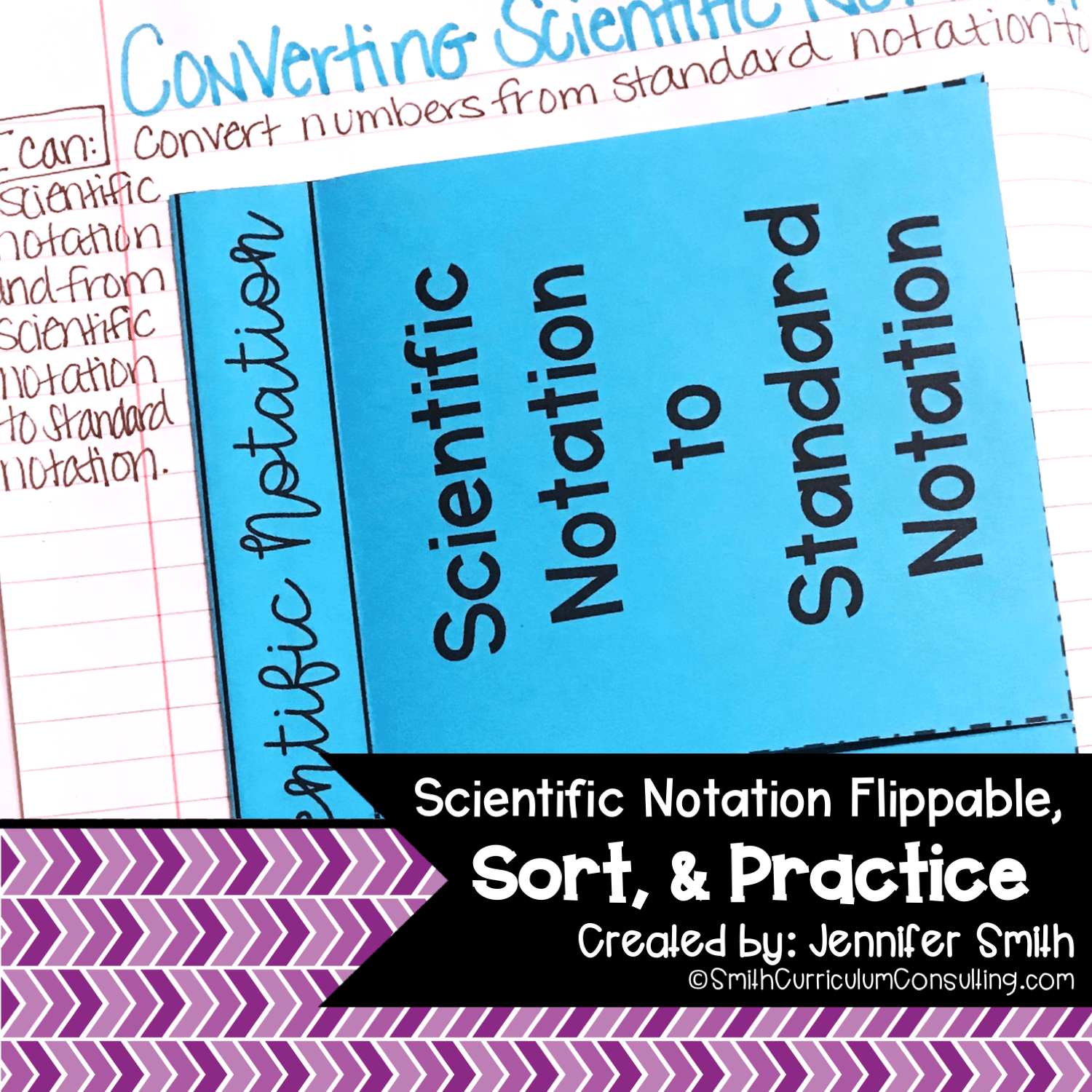 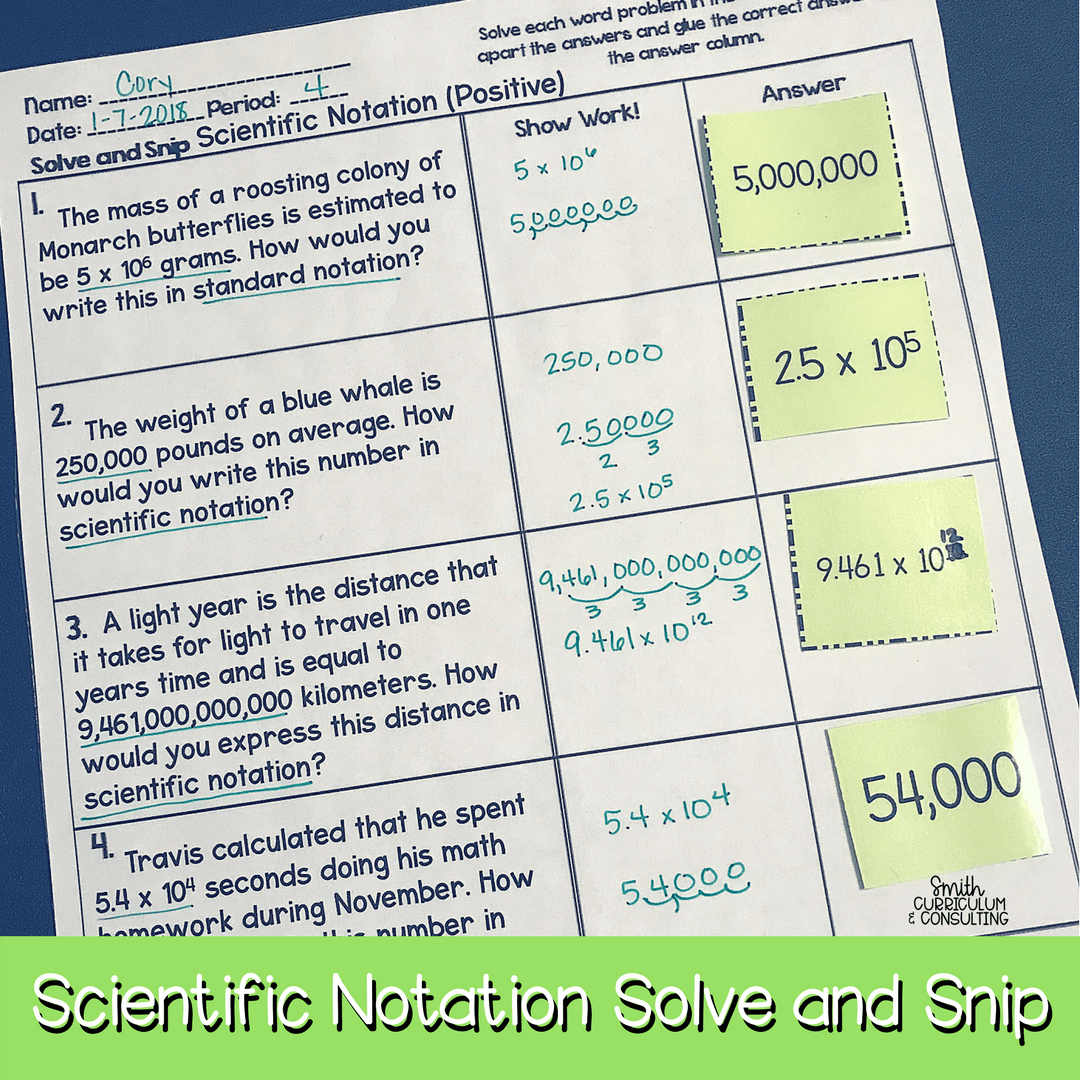 Next we all know that just teaching a standard doesn’t mean mastery, we have to practice the standard. 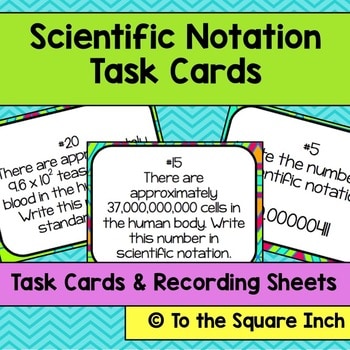 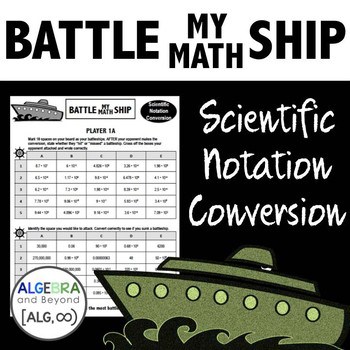 And who doesn’t love to play a good old-fashioned game of Battleship! Algebra and Beyond has created a game called Battle My Math Ship for Converting Scientific Notation and this is proven to be a HIT in your classroom! I can hear my students now, “YOU ARE SUNK!”

There are always times where we need to go back and reinforce previously taught skills, review what has been covered prior to a test, or just need an assignment that we can leave for a substitute that the students should easily be able to pick up on. 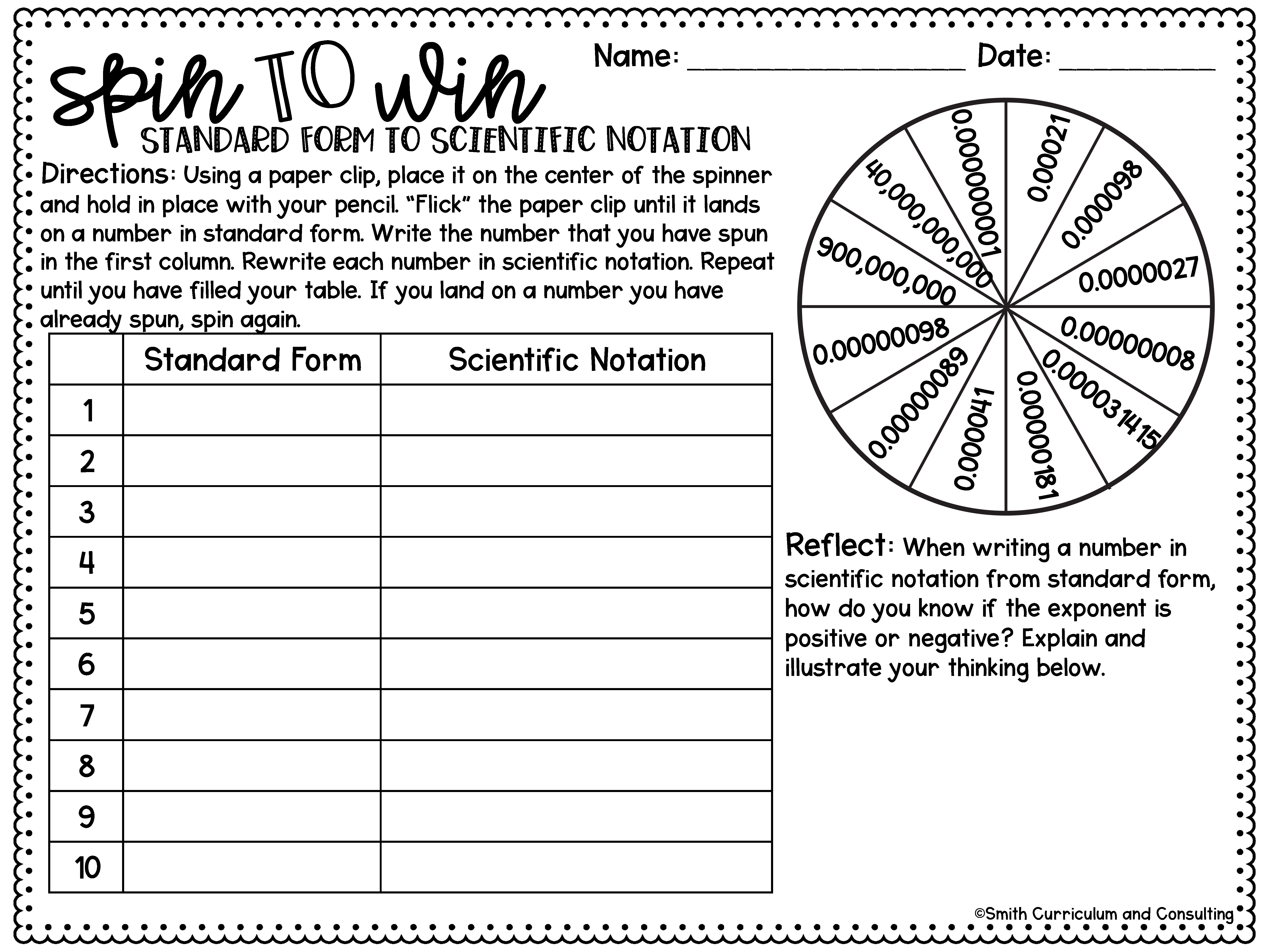 Spin to Win is a recent addition of mine to my store and it is honestly something that is so simple to put in place in your classroom. Minimal prep (copying the page and providing a paper clip), engaging activities (there happen to be TEN on Scientific Notation in the Eighth Grade Spin to Win set), and reflective opportunities abound where students are not only practicing what they have learned but they are communicating it back to you in their own words. 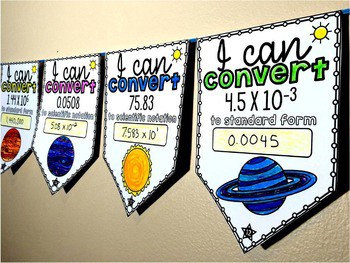 Another great activity that is engaging, fun and will have your students proud to show of their work is the set of Scientific Notation Pennants created by Scaffolded Math and Science. Students are given a pennant (thirty different pennants are included) and they then convert their number as asked. When I have used these in the past my students truly love the fact that they get to color them when they are done and hang them up around the room. Going around and allowing them time to look at others allows them to also see what was done by other students and you will catch them double-checking the answers from time to time. 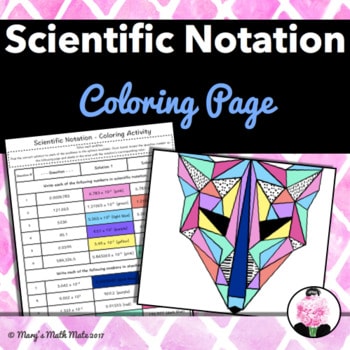 I firmly believe that we are all natural born colorers (if that is even a word). There is just something so therapeutic about coloring and the peace that it can bring to you. So when I saw this Scientific Notation Coloring Page that Mary’s Math Mate had created I was quite in love. Not only is it a trendy image but also encourages students to build and strengthen their knowledge of scientific notation whilst having fun in the classroom. 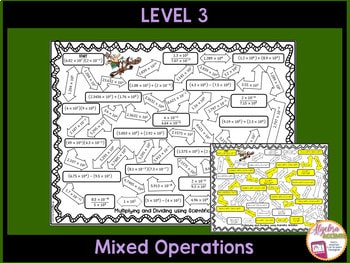 And if you are looking for something a bit advanced, then you might want to check out the Operations using Scientific Notation Mazes that Algebra Accents has created because WOW. Included are three different mazes that students will practice their skills as adding and subtracting scientific notation, multiplying and dividing scientific notation and then finally a mixed operations set. Definitely some intense brain workout going on there!

How are you planning to teach, practice and/or extend Scientific Notation in your classroom this year?

Click Here to Learn about Professional Development Opportunities
Anywhere else but Texas?

Ready to set those GOALS in your classroom (or per