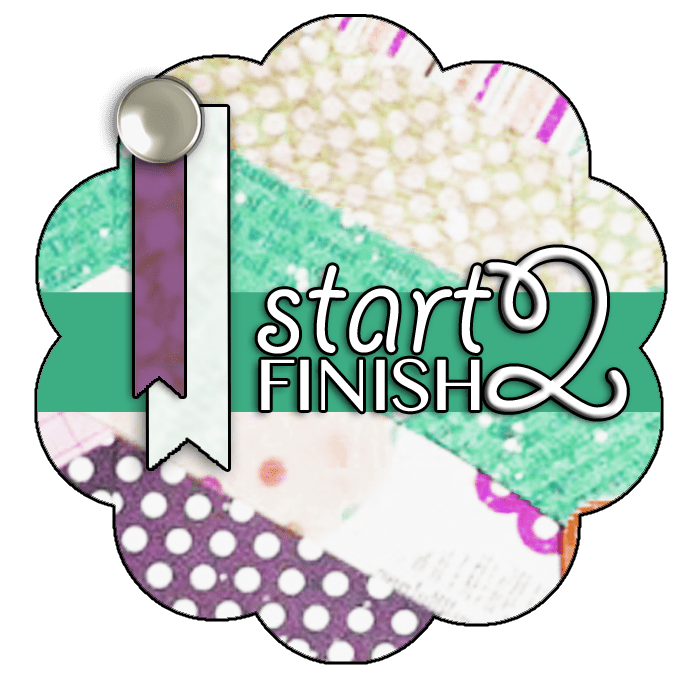 Are you ready for this week’s Start to Finish? I will tell you that I spent over 5 hours on this layout which is more than I have spent in AGES on a layout if ever.

First thing was to cut a 4″ x 11 1/2″ strip of scrap cardstock. The color doesn’t matter because it is not going to show when you are done. I then grabbed my ruler and started to create a starburst design all originating from the right third of the cardstock. 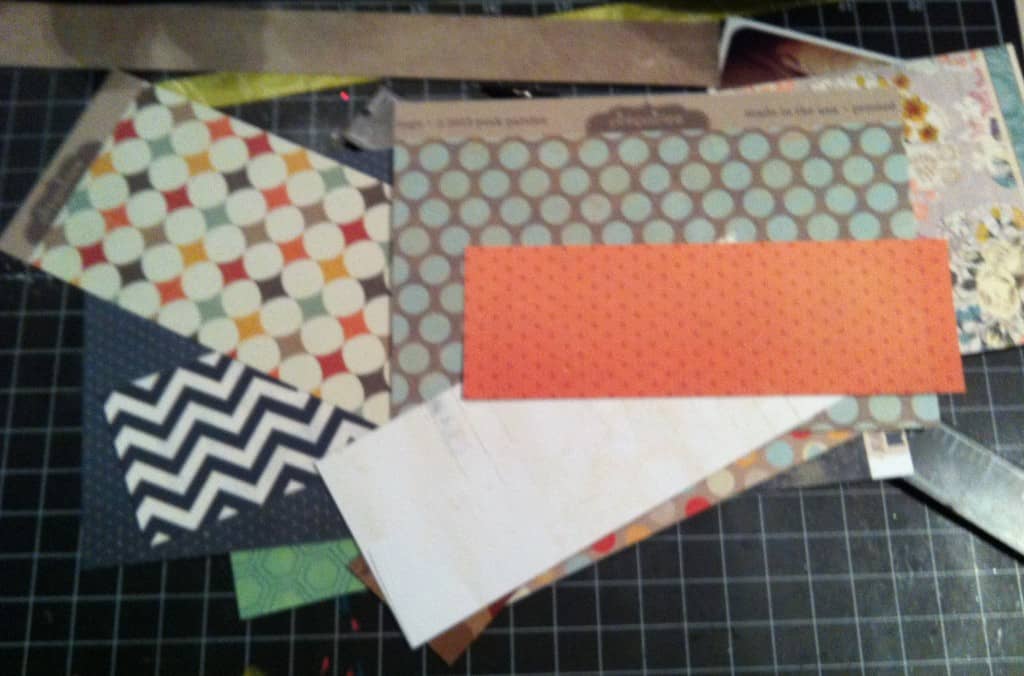 Next up, I went through my scraps and pulled out muted, fall colors because my photos were from Thanksgiving and although I didn’t want a theme-y feel, I did want it to be more in relation with the time frame of the year. 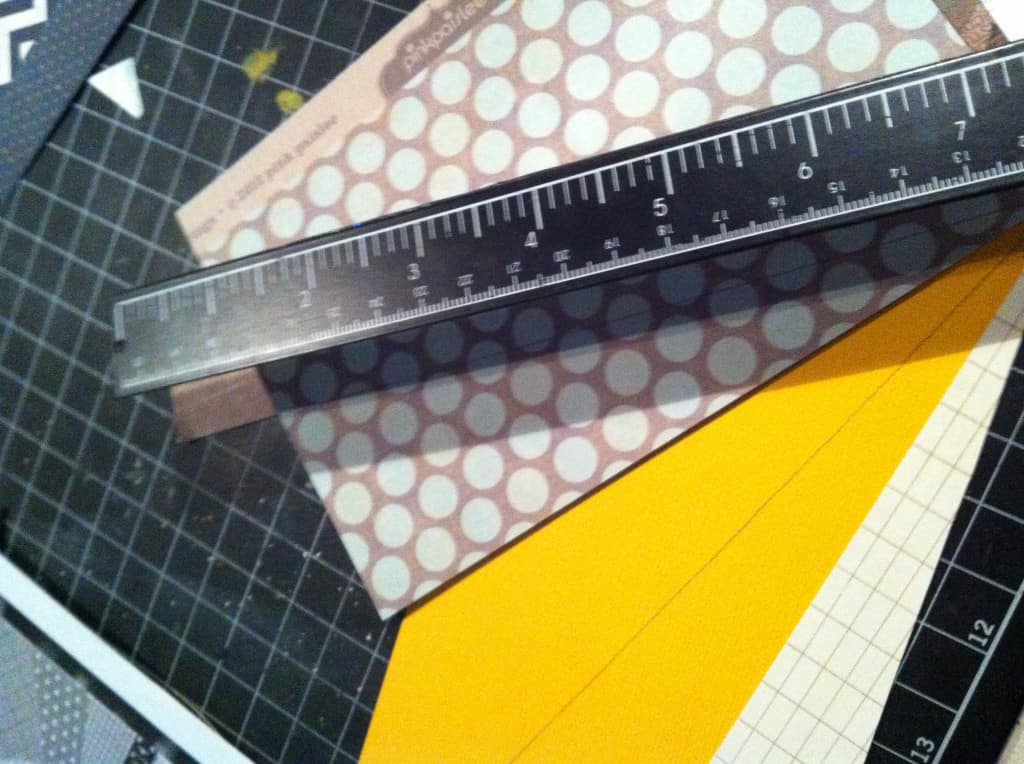 To measure out each starburst piece, I grabbed a long strip of cardstock and lined that up with the left line on the page and lined up the paper I planned on using with the other line. I then put a ruler on top like the picture shows and just drew the line that needed to be cut. It is so much easier than it sounds. 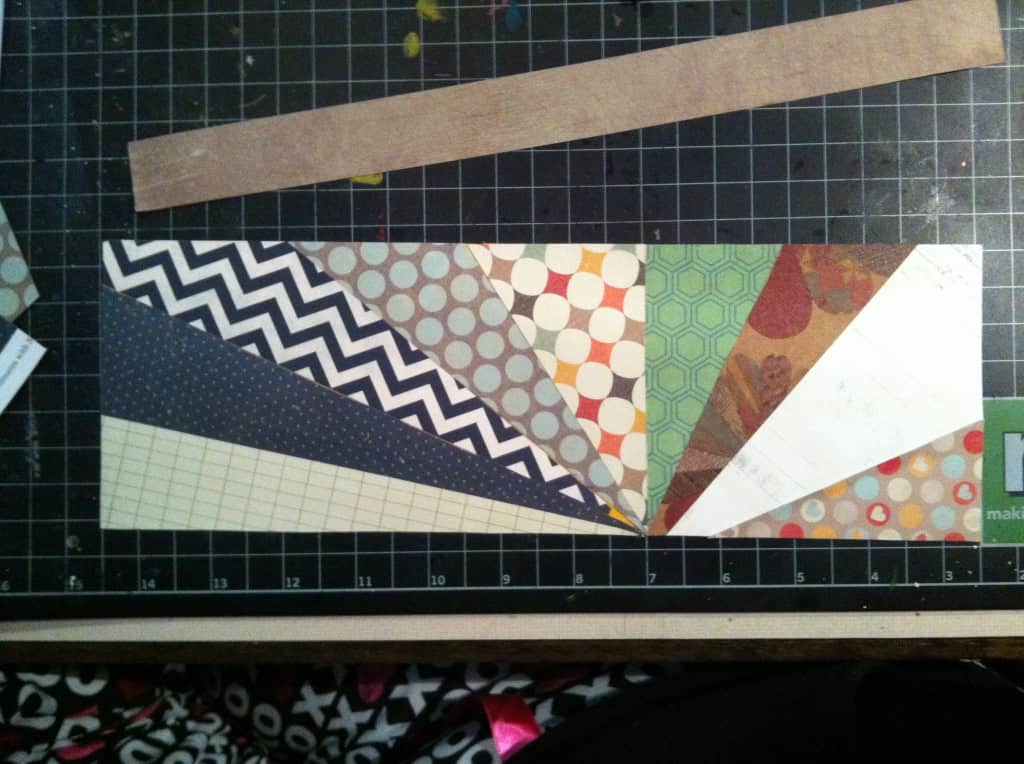 All the papers are down! 🙂 Whew! But I didn’t think it looked done so I thought I would be adventurous and use my Sew Easy to stitch the rays together. Crazy right? 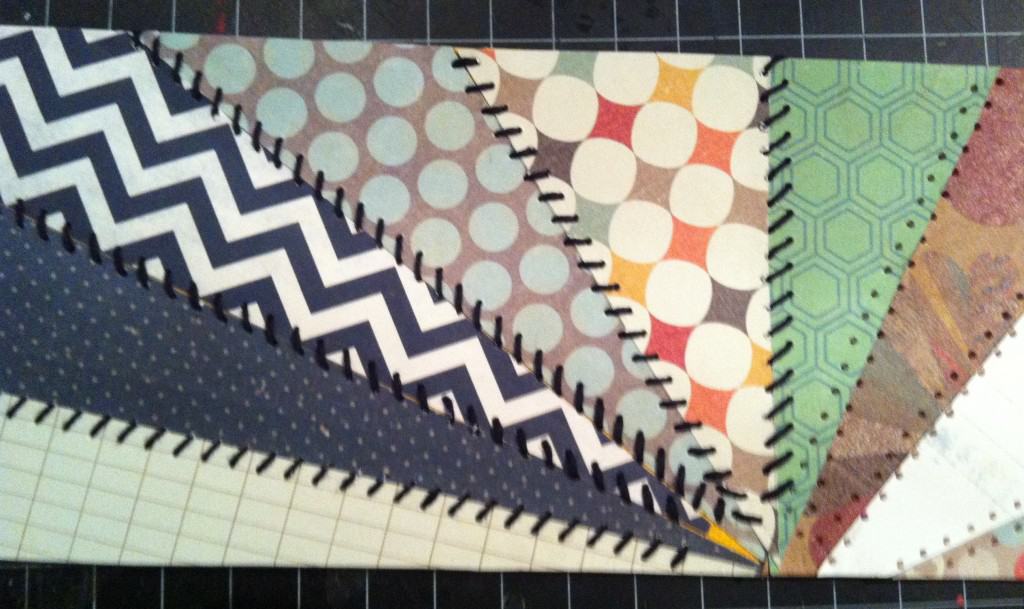 Grabbed the black thread and started to sew. At this point, I had already spent over two hours sewing. How freaking crazy am I? I was also following along with #twittercrop at this time and wanting to be done to see the final product. 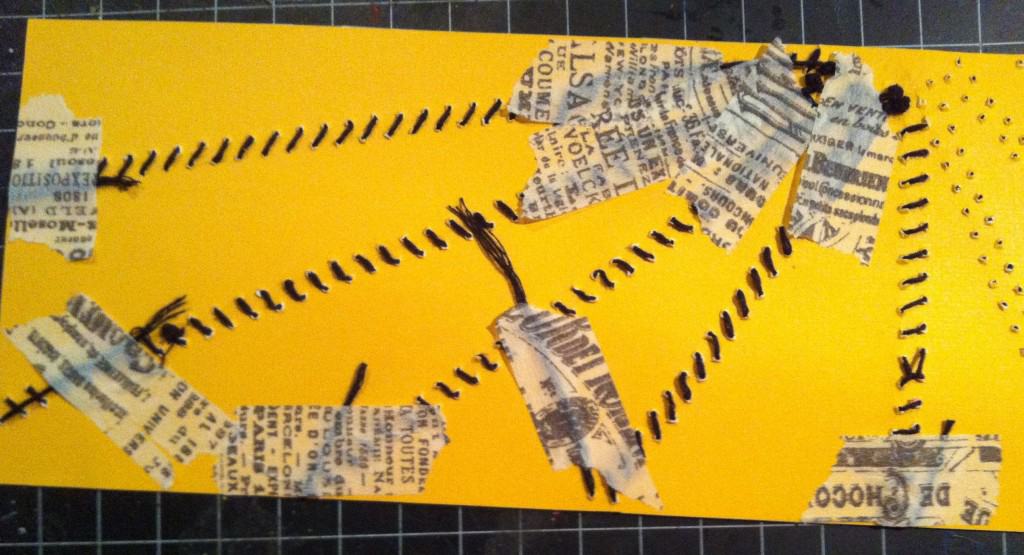 As I finished a ray, I would tape down the back with some Tim Holtz tissue tape to hold it in place. Works great! 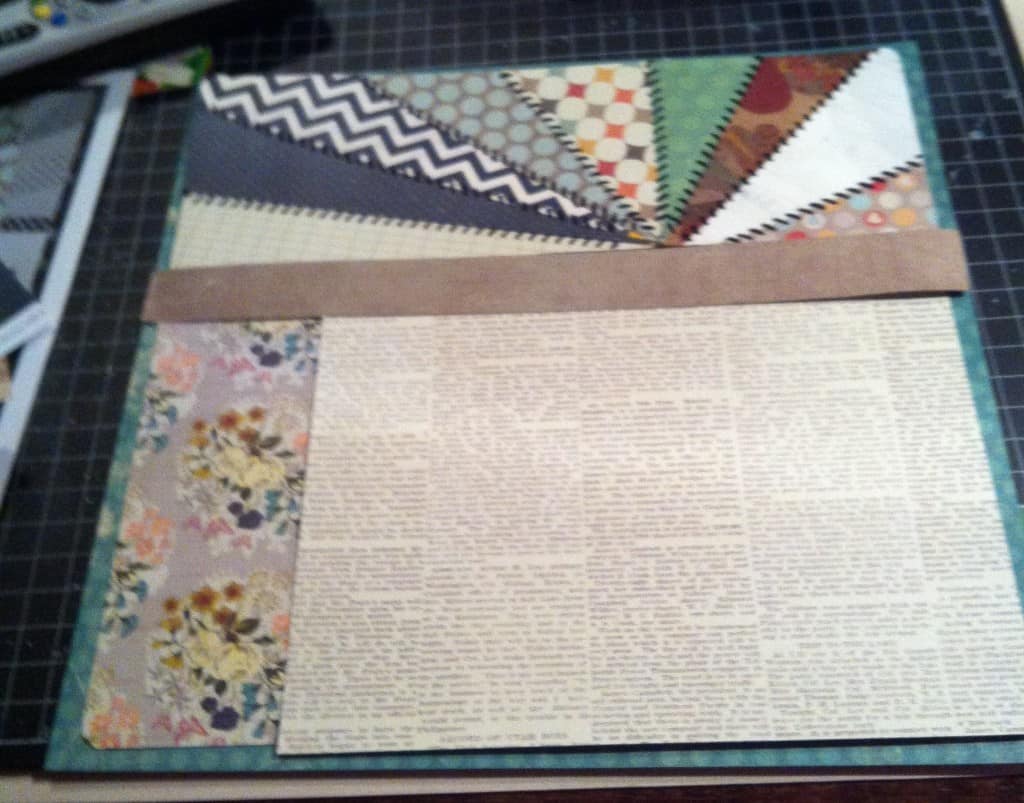 And the sewing is done! Yes, it took 4 hours total! I watched two movies and ate lunch with my hubby all during that time as well. The bottom sections were simply scraps and I cut them down to 2 1/2″ x 7″ for the floral and 9″ x 7″ for the text part. Grabbed my corner rounder and punched the four corners before I adhered everything down.

The band over the top is simply a 1″ x 12″ to cover the seam in the middle. If you use the same measurements as above, they will not line up, you will have a 1/2″ gap. Scraps work well for this! 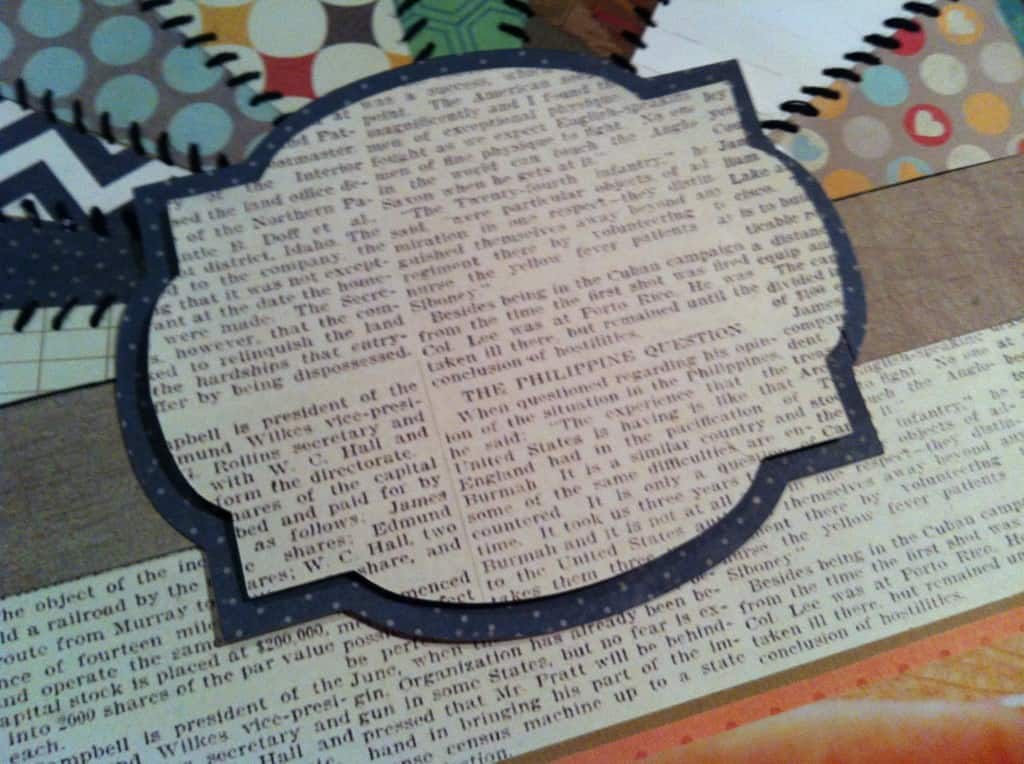 Since I broke my Cameo out of it’s box this past weekend, this was actually the first cut that I made. I had to delete some lines on this to make it to where I could layer it. I grabbed the remainder of the text paper for the top layer and then the dark navy blue in the starburst for the bottom layer. Loving it! 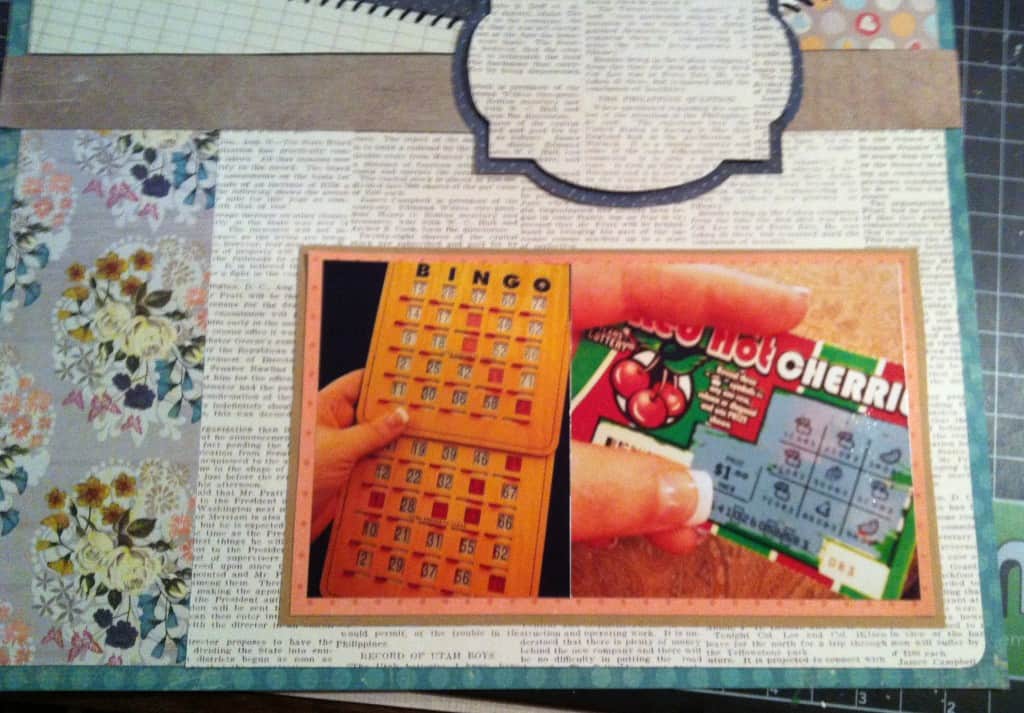 Next it was time to do something with my photos. I grabbed the 4″ square and 3″ x 4″ photo and adhered them down to some orange polka dot patterned paper. I didn’t like just the one mat so I grabbed some kraft cardstock to add some fun to it as well. 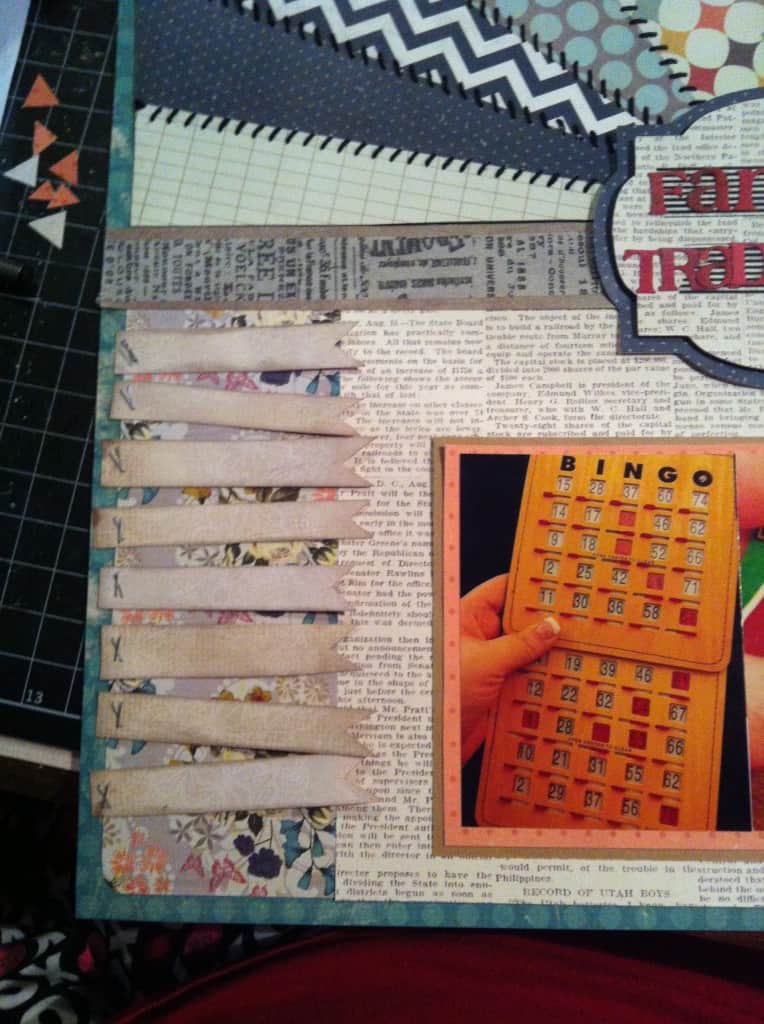 I thought the brown strip was a bit boring so I grabbed some Tissue Tape and went across the strip. Okay, we are good now.

I wanted to mimic journaling strips down the edge of the paper but have some fun with them as well. I didn’t like just having strips so I cut them into banners before using my Tiny Attacher to attach them to the page all wonky. 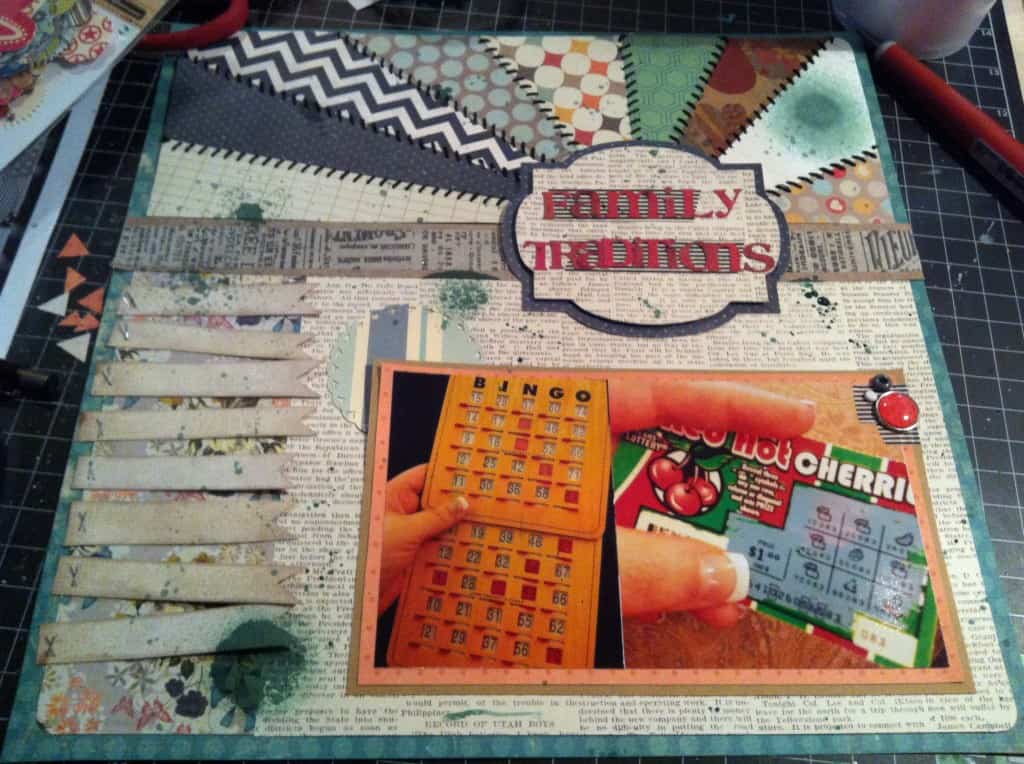 Time for some fun. I grabbed my new black and white strip washi tape and put two strips on the photos for a landing place for some brads. I also grabbed my Water Cooler Mister Huey and spritzed all around. 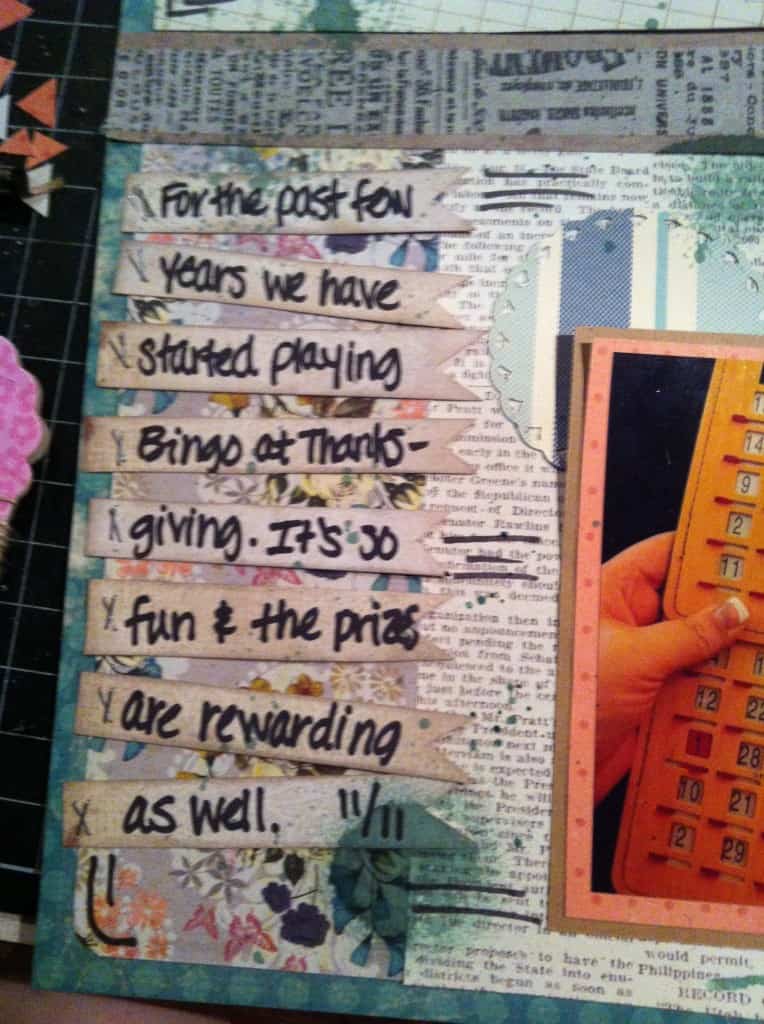 Time for some journaling! 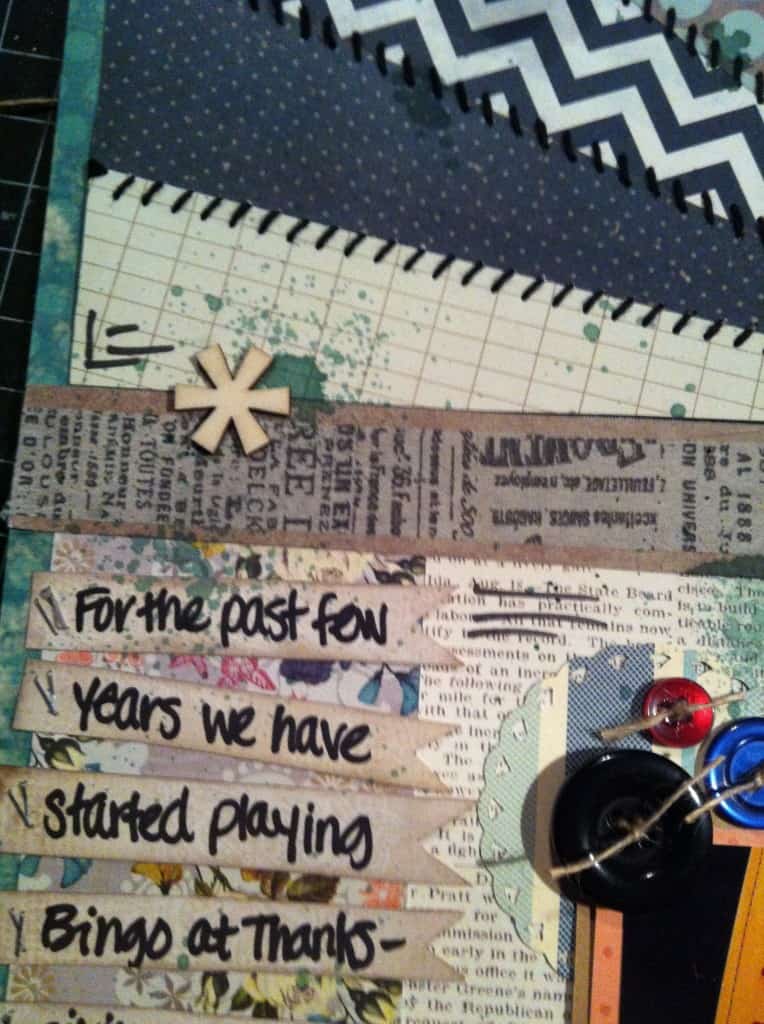 Added some wooden asterisks from Studio Calico and more marker work all over the layout to give it some motion. 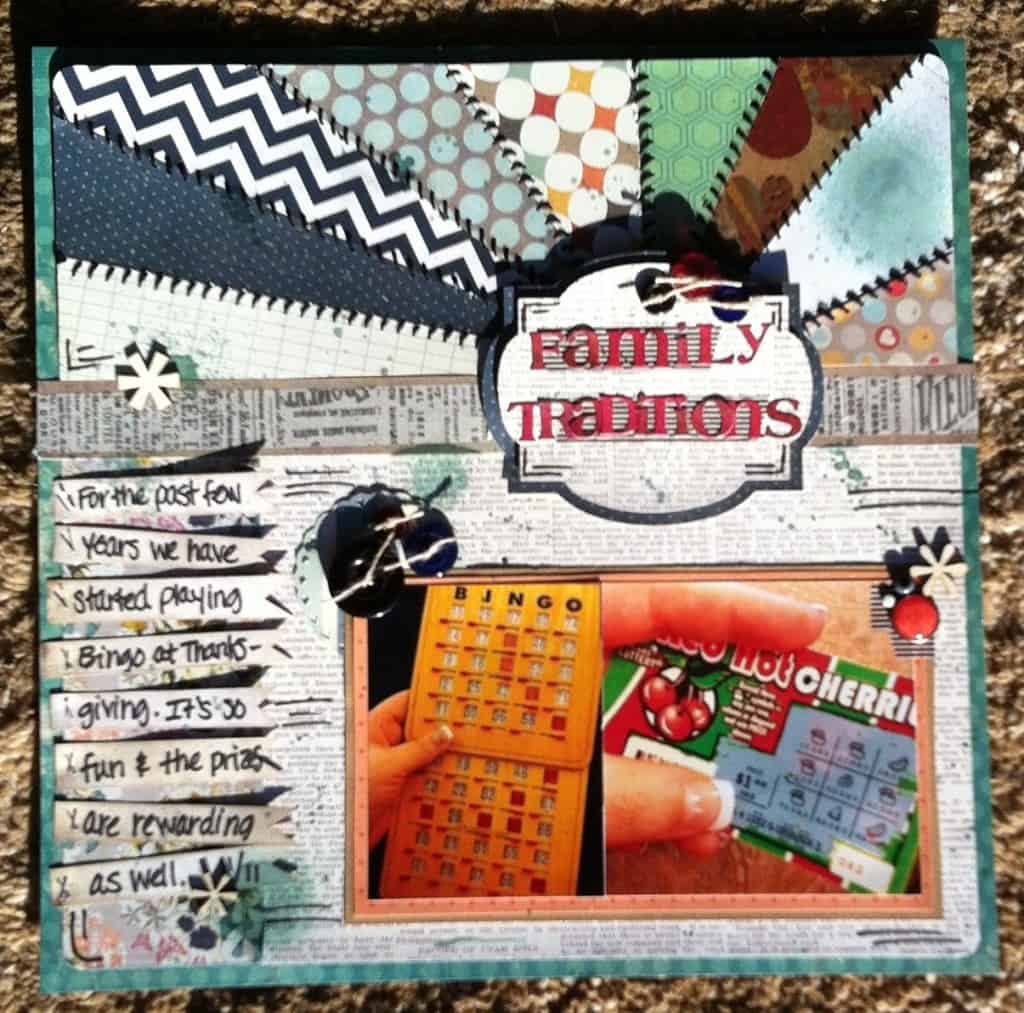 There you go! My 5 hour layout is done and I am now thinking of other things to hand-sew for layout. BWAHAHAHA!

So I ask you, what is the longest time that you have ever spent on a layout?

Click Here to Learn about Professional Development Opportunities
Back at it once again! Presenting and exhibiting a

Hot Teacher Summer for sure!!! Yep, broke my radiu

Just a little demo update… today my husband and

Packed and ready for next school year. Moving room