Filling Students Gaps in Math while At School 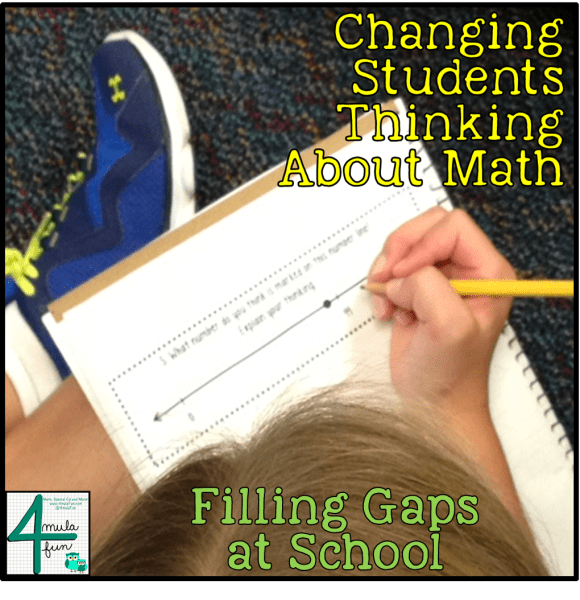 Last week was all about Changing the Thinking of Students in Math as well as Finding the Gaps to Fill In to strengthen their learning in Math. As we continue to proceed through the series I want to take some time to talk about filling those gaps at school (today) as well as at home (next blog post).

As a teacher you are the one that completely controls the time in your classroom. No matter whether you have set curriculum, set class periods, etc. you still control what happens from the point your students walk in the classroom to when they walk out of your classroom. Fill this time to the brim and let it spill over if needed!

I’ve talked before about how I filled my time in my class periods that were 42-48 minutes in length and I know that many of you deal with the same issues of time. You have to first set a structure in your classroom and let it be known. You can’t expect students to be able to follow your schedule if they don’t know it and you don’t remind them of it regularly.

So, how do we, as teachers, fill those gaps at school?

Every year in my state the students take our state STAAR test. After the tests are scored we eventually receive an item analysis that is aligned with the reporting categories and we can see where the weaknesses for students were. The districts that I worked in also used DMAC where we could get much more detailed information for each student which proved invaluable. Where am I going with this?

When you set up any testing in your classroom, doing an item analysis is so helpful! I have taken a day and done them with my students before as a review for those who then were going to take a retest. Simply go through the different problems provided and align them with your standards. My rule of thumb was 65% or higher achievement (giving a 5% margin of error for those who had computational issues or read the problem wrong) on a standard meant I could move on with the class. 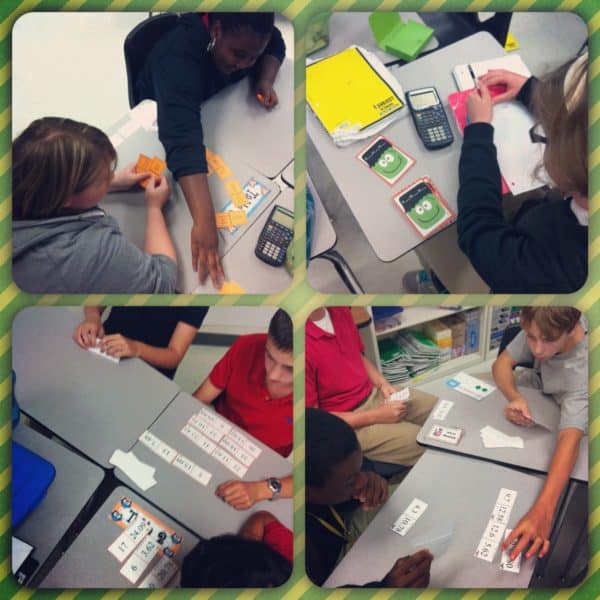 I set my students up into six groups each week and some times they would vary based on the topic while some times they would be randomly grouped. With the six groups going on I could easily have six different activities where students were engaged in deepening their understanding. During this time I spend a lot of time moving around from group to group. I typically start with a group that I know will be able to do well with just the right guidance to start them off. This frees up more time to spend with my lower groups. 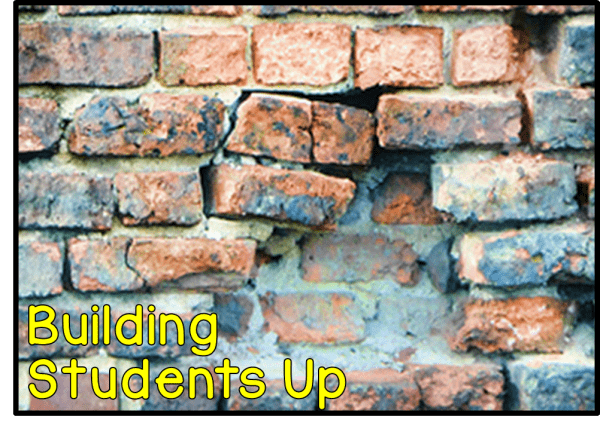 Once you have determined the areas of weakness for your students you need to focus on those weaknesses within small groups and even individualized practice. I can’t stress the importance of working with students individually as well. During this time you aren’t only their teacher and mentor but you are also their coach and celebrating the small successes as they build upon their foundation.

Dylan was a 7th grade who had not been in a real classroom since second grade. Dylan had behavioral problems and IEP paperwork that was several inches thick. No one believed in Dylan. During the beginning of 7th grade it was decided by the IEP team that we would gradually bring Dylan into the regular classroom. Dylan would start by joining my Resource Math class of 10 students. If Dylan did well in class then he could go onto Texas History with Coach, if not then he was back in the behavior unit for the day. Needless to say there was a LOT on my shoulders the first day that Dylan arrived.

Dylan came in and it was Work Station Day where my students knew that we would be in groups and working on different concepts based on their weaknesses. Where was I to put Dylan when he was on a 2nd grade level and the rest were on a 4th/5th grade level? I chose to have Dylan join in with the rest of the student and work on converting rational numbers (fractions, decimals and percents) because that is what I was expecting of the others. They were using a calculator and I had taught them how to convert using their tool so they were moving and grooving. This gave me time to teach Dylan what they had already learned.

Dylan and I worked through the process a few times and he exclaimed, “I’ve got this. You can go.” For fear of him acting out I listened but kept a close eye on what was going on while I was at the next table. When it was time to rotate to the next station Dylan refused to rotate. All of my other students were okay with not finishing something as long as they had been working but Dylan had started to learn something that was beyond his expectations and he wanted to finish. I relented and let him finish despite needing that for another student.

About ten minutes into our next station Dylan called me over. He saw that I had been taking pictures of other students working in centers and he wanted to know what I was doing. I explained that it was my way of showing to parents what students were up to in my class and allowed me to share successes with others. Dylan asked if I would take a picture of him. I noticed that he was very close to finishing his puzzle and we made a deal that when he did and could show me how to do any conversion I picked that I would take a picture. 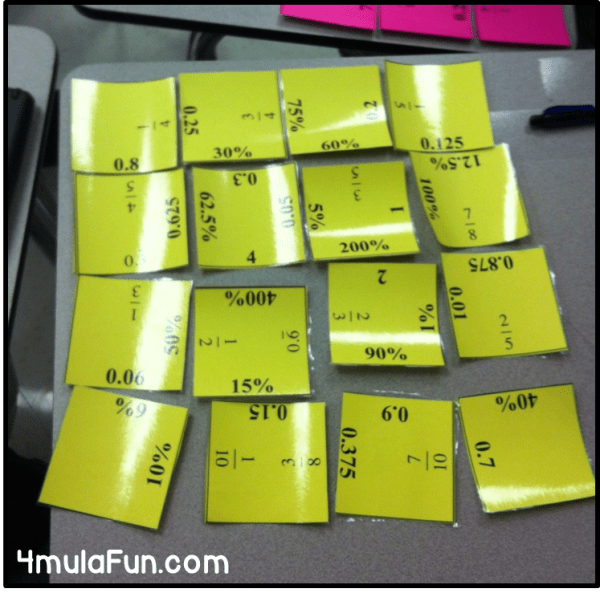 Dylan called me back over in about 2 minutes telling me he was done. I was amazed to not only see all the pieces in the correct spot but when I chose one for him to show me the conversion of he easily completed it without any reminder of the steps to work through. Dylan had not only filled gaps that I didn’t even know he had but also had quickly picked up on something once I took time to teach him the process and let him show me.

To wrap it all up (because I could ramble forever):

2. Set up regular group work based on those skills that students are weak in. Allow students to not only work on areas they are weak in but also those that they are successful in so that they will stay motivated.

3. Work with students individually to celebrate the small successes. You will not only build the relationship with the student but you will become their coach to motivate their learning.

4. Find resources that work for your students from trusted resources. Using resources from resources you trust will make your life easier and free up your time for planning.

5. Celebrate all successes no matter how small! Call home, share with other teachers, and brag all that you can to build student’s confidence in their learning.

What is an invaluable resource that you have found that has helped you fill in the gaps in your classroom? Share a link if you have it as well as the concept and grade covered as I would love to compile the list and add them to my Pinterest Boards.