Do you ever have an idea you see on the internet and know you want to do it but donâ€™t know when or where? This is exactly what happened to me when I saw a post on Ohâ€™ Boy 4th Grade about her End of the Year art project that she created with her class this past year. I loved it and wanted to do this for myself.

I didnâ€™t know when or why I would do it until I remembered that May Flaum was hosting Camp Scrap for a few weeks in June that would have regular challenges. After some thinking, I decided I wanted to combine the two. I wanted to make the challenges part of the canvas and so I knew that the challenges had to be incorporated through the different rays. 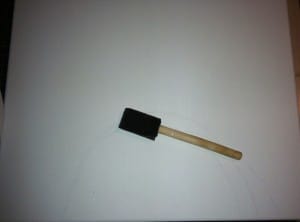 First step was to prime the canvas. I used an 11â€ x 14â€ canvas that I picked up at Michaelâ€™s. I went over the canvas with a thick coat of white Gesso. I didnâ€™t want to worry about the acrylic that I would be using being too thin. 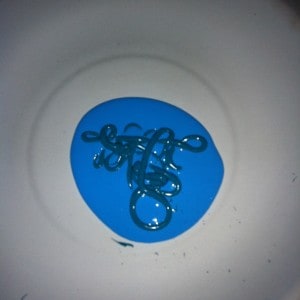 Next, it was time to mix the color for the sky part of the canvas. I grabbed a light blue and and a teal and started mixing them together until I got a color that I liked. 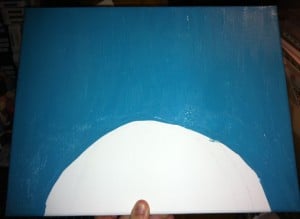 I went over the canvas with a heavy coat of the custom blue color and left a semi-circle at the bottom for the eventual sun. 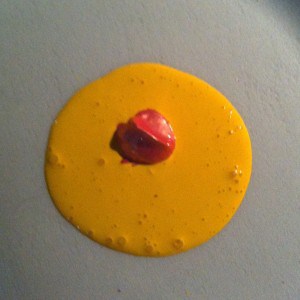 After letting it dry for a few days, I began to create a custom color using yellow and copper. 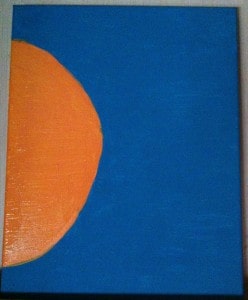 I gave a nice coating of the orange-y copper color in the semi-circle I left after painting the sky. Now, more time to dry.

The first challenge that May gave was to create Confetti Starbursts. Basically, this means clustering items together to create nice groups of embellishments. 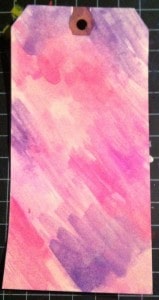 I started with a #8 shipping tag and grabbed my watercolors. I used different pinks and purples to cover the base of the tag in a diagonal fashion. 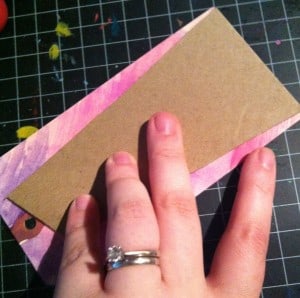 Next step was to grab the sun ray template that I created and trace it on the shipping tag. 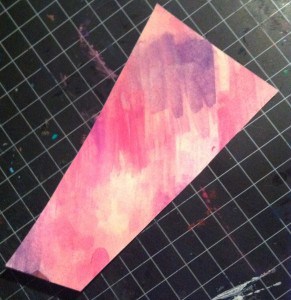 Cut it out and saved some of the scraps for future projects after I punched some circles out. 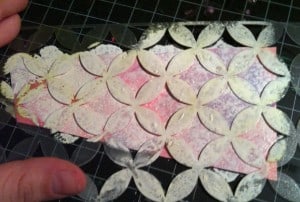 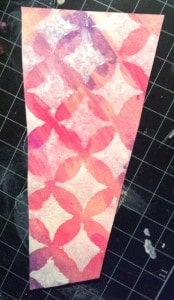 More drying time. As it was drying I went through my brads and buttons and pulled lots of pinks and purples to use for clustering on the sun ray.

First, I started with the various brads and poked holes as needed to created my three clusters. I also poked holes for the twine I was tying the button with to go through. Hint: It did tear as I was poking so close to the edge so I put some washi tape to cover up the hole and then re-punched them. 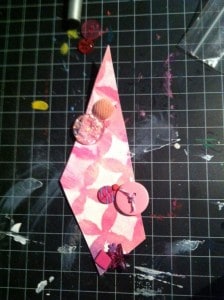 Next up, I grabbed some hot pink paint and rubbed it around the edges to finish off the edge. I also grabbed my Silver Mister Huey and sprayed it on top to tone down things. It still didnâ€™t look done after going through the pictures.

Grabbed my Bic Ultra Fine Marker and traced around the stenciled image which made things look much better.

I know it doesn’t look like much right now but I am so happy with how the first ray has turned out. I can’t wait to make more of them to finish out the canvas. I am thinking it will probably hang in my classroom next year.

Click Here to Learn about Professional Development Opportunities
Today, I am SO thankful for YOU! Thank you for be

Yesterday was a GREAT DAY with @missioncisd junior